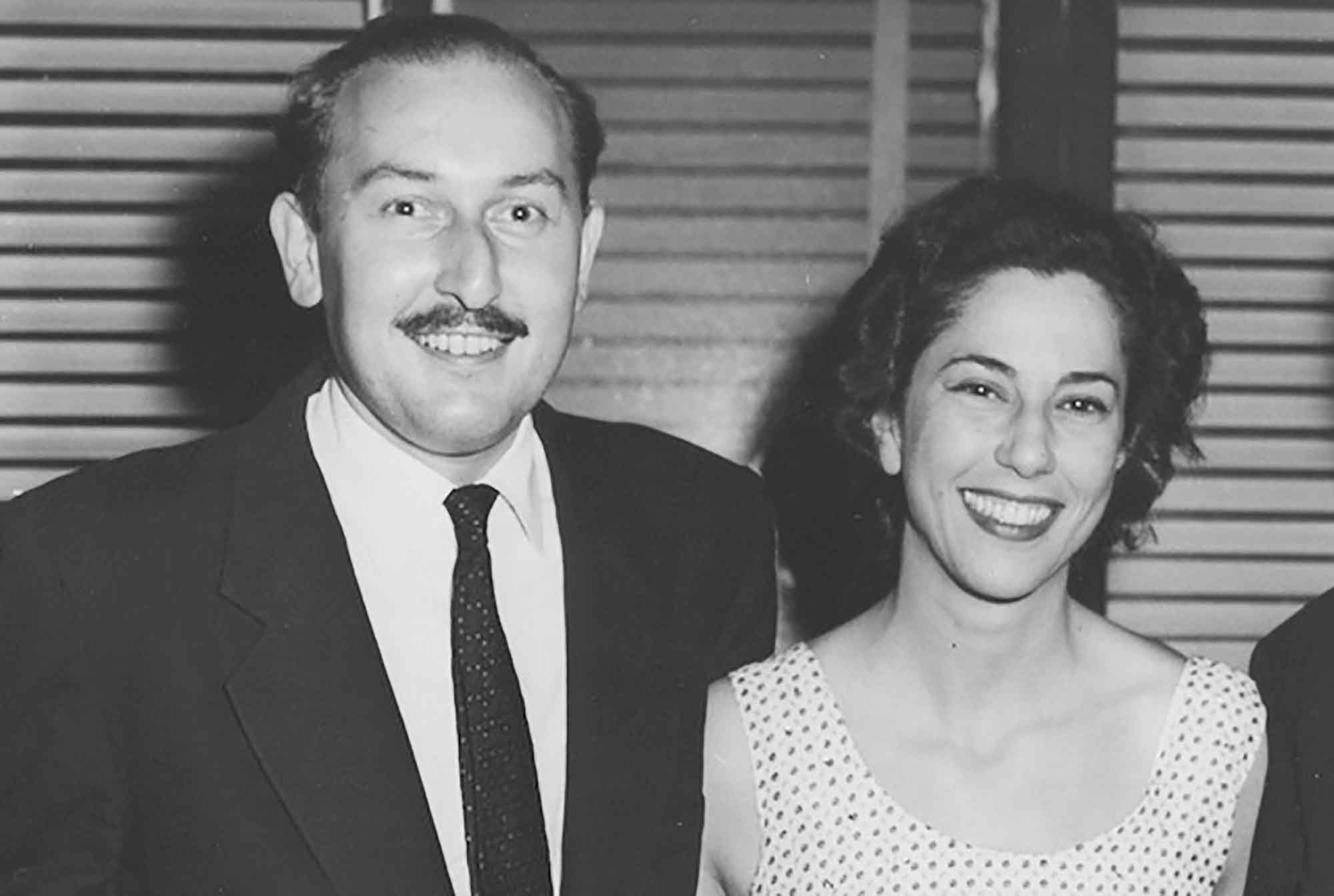 Imagine having a passion that sparks an idea, creates an institution, and builds a legacy that impacts how we understand the past in order to inform the future.

Seymour and Rebecca Fromer did just that.

When we look at The Magnes Collection of Jewish Art and Life today, we see a remarkably diverse museum, archive, and library with holdings that include art, objects, texts, music as well as historical documents about the Jews in the global diaspora and the American West. With recent acquisitions like the powerful Taube Family Arthur Szyk Collection and the world-renowned Roman Vishniac Archive, its impact as a collection of material culture and history blazes a path forward in art, culture, and research.

“We were daring. We were imaginative. We were undefeatable.”

But the deep roots of the collection started well before 2010, the year the Judah L. Magnes Museum was acquired by the University of California, Berkeley and became one of the world’s preeminent Jewish collections in a university setting and the third largest Jewish museum in North America.

It started with a daring vision to be undefeatable.

The Magnes was founded by Seymour and Rebecca Fromer over 60 years ago, a truly inspired and imaginative couple. In response to what they saw as California and the world’s need to learn more about its proud Jewish heritage, the Fromers dared to answer the call and, in turn, started a movement of cultural preservation by creating the first independent Jewish museum in the United States after the Holocaust.

Beginning with this vision and a few objects on display, the Fromers opened the museum’s doors in 1962 above the Parkway movie theater in Oakland, CA. In 1966, they moved to the Burke mansion on Russell Street in Berkeley where the museum grew to over 20,000 objects, developed The Jewish Film Festival and the Jewish Music Festival, and sent emissaries to bring back material from Jewish communities around the world.

As the museum grew, Seymour Fromer (1922-2009), an internationally known Jewish educator, and Rebecca Camhi Fromer (1927-2012), a gifted author of exceptional breadth, nurtured many young Jewish scholars and artists and were a key catalyst in the Jewish cultural renaissance in the Bay Area. Reflecting the guiding concerns of American Jewry after the Holocaust, they focused The Magnes on preserving the legacy of vanishing communities around the world and expanding the canon of Jewish cultural history, integrating visual, musical and material cultures.

Rebecca Fromer famously stated, “We were daring. We were imaginative. We were undefeatable.”

Looking back at the Fromer’s legacy, The Magnes Collection reflects this audacious mindset. Its over 50,000 objects, ground-breaking exhibitions, insightful programs, in-depth research tools, and global connections are a unique contribution to UC Berkeley, the United States, and the world, bringing communities together to learn from the past and inspire the future.

It has become a limitless legacy that dares to be undefeatable.

Learn more about how you can build on our founders legacy and ensure that it truly is undefeatable. The Rebecca and Seymour Fromer Legacy Society planned giving enables The Magnes to continue to grow and shine as a jewel in the crown of Bay Area Jewish life.

History at The Magnes Collection