The Magnes Collection of Jewish Art and Life is based on the holdings of the former Judah L. Magnes Museum, one of the first Jewish museums in the United States, founded in Berkeley in 1962 by Seymour Fromer and his wife, Rebecca Camhi Fromer.

Reflecting the guiding concerns of American Jewry after the Holocaust, the Magnes focused on preserving the legacy of vanishing communities around the world. Its founding paralleled the establishment of Jewish studies as an academic field, and the museum continued to involve leading scholars, including UC Berkeley faculty and students, in the development and interpretation of its holdings. Responding to the ethos of pluralism of the 1960’s, the Magnes expanded the canon of Jewish cultural history, integrating visual, musical and material cultures with traditional text-focused approaches.

The museum’s first significant acquisition, in 1967, was the Siegfried S. Strauss Collection, which included hundreds of Jewish ritual objects, documents, rare books and manuscripts from Europe. Subsequently, its unique perspective led to collecting beyond the boundaries of Western societies, and embraced the Jewish cultures of North Africa, the Middle East, and Asia. At the same time, the Magnes pioneered the study and documentation of regional Jewish history in the American West.

Over the years, through purchases and generous gifts, the Magnes has continued to expand the scope of its collection including modern and contemporary art, music, and rare books and manuscripts in Hebrew and other Jewish languages.

These pages are dedicated to the people and the institutions that made the programs of the Magnes a reality for almost five decades, and record the history of the Magnes through its exhibitions, public programs, and publications.

“Before the ashes there was life, and that life would be celebrated, and perhaps if we were lucky would constitute restoration of the name and serve to sanctify it… And so, the Judah L. Magnes Museum began with a wealth of mind, the desire to share, to make real through something that could be seen and touched, a part of the collective identity we had no other way of knowing.” 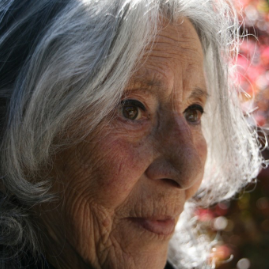 Seymour Fromer, director of the Jewish Education Council of Alameda and Contra Costa Counties, finds the graduation picture of Rabbi Judah L. Magnes in an 1894 Oakland High School yearbook. The idea for a museum in his name is first considered.

Seymour Fromer and his wife Rebecca Camhi Fromer meet with Judah L. Magnes’ widow, Beatrice Untermeyer, while on a trip to Israel. The Fromers gain her support to start a museum named after Judah L. Magnes (1877-1948), a former Oakland resident who became a renowned rabbi, lecturer, political activist, and the first Chancellor and subsequently the first President of The Hebrew University of Jerusalem. Martin Buber, the noted philosopher, agrees to serve on the advisory council.

The Judah L. Magnes Memorial Museum is founded and is housed in one room in the Oakland-Piedmont Jewish Community Center. During its first year, the museum receives the Koretsky Collection of rare books and manuscripts. The Magnes also receives a collection of memoirs from Institute for Righteous Acts about the rescue of Jews by non-Jews during the Nazi persecutions. Its founding curator of Judaica is Ruth Eis, who guides the development of the Judaica collections and establishes the museum’s international reputation with her scholarly publications covering the museum’s Hanukkah lamps, Torah binders, and other objects.

The museum’s collection of Judah Magnes’ personal papers and objects is exhibited at the Oakland Public Museum.

1966
The museum purchases and moves into the historic Burke mansion at 2911 Russell Street, Berkeley.

The Magnes invites David Moss to serve as artist-in-residence with a studio in the old carriage house of the Burke mansion. Moss is a pioneer in custom-made kettubot, the marriage contract that must be signed between Jewish grooms and wives. Moss hand-paints and illustrates the ketubbot, creating colorful contracts that contrast sharply with the typical printed, drab versions. The Magnes holds an exhibit of Moss’ work in 1969, sparking a resurgence of interest in decorative kettubat that has continued for more than 35 years.

The Magnes initiates production of Jewish-American Hall of Fame series of commemorative medals in collaboration with Mel Wacks. The first medal honoring Judah L. Magnes was created by sculptor Victor Ries, then artist-in-residence, at the museum. Subsequent medals honored Emma Lazarus, Golda Meir, and Henrietta Szold, among others.

The Magnes launches first the Jewish theme video project through its department of photography and film. The Magnes will go on to produce films documenting Jewish life in the Gold Rush and the relationship between Jews and Buddhists, among other topics.

The Docent Outreach Program is organized to enable Women’s Guild to develop and implement a program of interpretive tours, lectures and public outreach programs.

The Harry and Dorothy Blumenthal Rare Book and Manuscript Library is completed.

The Magnes receives a $150,000 matching grant from the National Endowment for the Humanities to endow the Blumenthal Chair of Judaica.

The Western Jewish History Center receives a major collection with the donation of the papers of Mt. Zion Hospital, San Francisco, 1887-1990.

The first Annual International Jewish Video Competition is held. It will continue until 1999.

The Magnes marks the millennium with a major exhibition, Telling Time: to everything there is a season.

The Board of Trustees launches a campaign for the Magnes to develop an accessible facility in downtown Berkeley and endow museum programs.

The Museum’s collections begin to be digitized and are made available worldwide through an innovative archive-library-museum online database.

The Judah L. Magnes Museum enters negotiations with the University of California, Berkeley, with the goals of transferring its collections and operations to the Berkeley Campus.

The new 18,000 square feet facility of The Magnes Collection of Jewish Art and Life is inaugurated in downtown Berkeley.

The Magnes Collection of Jewish Art and Life is detached from its initial affiliation with The Bancroft Library, and becomes academically independent, along with the recently established Berkeley Center for Jewish Studies. Professor George Breslauer, Executive Vice-Chancellor Emeritus, is appointed as Faculty Director.