Seymour Fromer, internationally known Jewish educator and founder of the Judah L. Magnes Museum, was born on October 3, 1922 and raised in the Bronx, New York. Fromer graduated from Stuyvesant High School, earned a B.A. from Brooklyn College, and did graduate work at Teachers College Columbia University. He worked in the Jewish communities of Essex County, New Jersey and Los Angeles, where in 1955 he presented the opera David, composed by Darius Milhaud, at the Hollywood Bowl. In Los Angeles, Fromer met and married his wife of more than fifty years, the poet and author Rebecca Camhi Fromer. In the late 1950s, Fromer came to Oakland, California, and established the Jewish Education Council (forerunner of today’s Center for Jewish Life and Learning), remaining in that post for a quarter century. In 1962, the Fromers founded the Judah L. Magnes Museum, first in modest quarters over the Parkway movie theater in Oakland and a few years later in the turn-of-the-century Burke mansion at 2911 Russell Street in Berkeley, its headquarters until 2010.

Before Fromer’s retirement in 1998, the Magnes grew to become the third largest Jewish museum in North America, focusing on historical documents, art and material culture from the global Jewish Diaspora and the American West. Fromer expanded the collection by rescuing artifacts from endangered Jewish communities such as Czechoslovakia, Morocco, Egypt, and India. In 1967, he established the Western Jewish History Center at the Magnes, the first regional Jewish history center in the United States. He also created the Commission for the Preservation of Pioneer Jewish Cemeteries and Landmarks, which restored and to this day maintains seven Jewish Gold Rush cemeteries in the California Mother Lode. Throughout the 1970s and 80s, Fromer nurtured many young Jewish scholars and artists and was a key catalyst in the Jewish cultural renaissance in the Bay Area. He provided the impetus for such organizations as Lehrhaus Judaica, the Jewish Film Festival, and the National Yiddish Book Center. Seymour Fromer died at age 87 in his home in Berkeley, California, on October 25, 2009, after a long illness. He is survived by his wife, Rebecca Camhi Fromer; their daughter, Mira Z. Amiras, Professor of Comparative Religion at San Jose State University; and grandchildren attorney Michael Zussman and Rayna Leonora Savrosa, a graduate student in the Parsons School of Design, both of Brooklyn, New York. 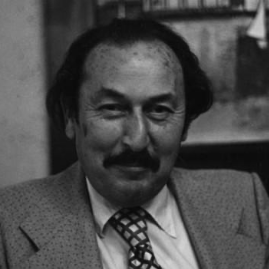