This Is Your Life: Holocaust Survivors 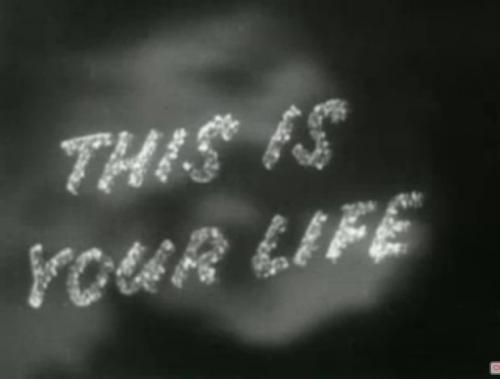 Introduction by Julie Kohner, the daughter of Hanna Bloch Kohner and the founder and CEO of Voices of the Generations, a non-profit organization to preserving the memory and personal stories of Holocaust survivors.

Hosted by the effervescent Ralph Edwards, This Is Your Life presented tributes to notable people on NBC from 1952 until 1961. Among those people were three exceptional women, all survivors of the Holocaust, which at the time was a fresh and horrific memory. Culled from three episodes, this program presents the lives of these courageous women: Hanna Bloch Kohner, the first Holocaust survivor to share her story on national television, who as a young woman survived Auschwitz and was reunited with her pre-war fiancé; actress Ilse Stanley, who before her forced exit from Germany, effected the release of over four hundred people from Nazi concentration camps; and Dutch housewife Sara Veffer, who spent eighteen months hiding in a twelve-foot square Amsterdam attic with her husband and six children.

Preserved in cooperation with the Library of Congress Packard Campus for Audio-Visual Conservation from 35mm picture and soundtrack negatives and 16mm kinescopes. Preservation funded by Righteous Persons Foundation and the Ronald T. Shedlo Preservation Fund.