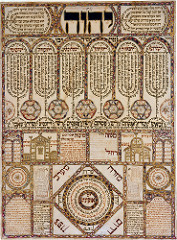 The Magnes Collection of Jewish Art and Life cordially invites you to an opening reception for its two new exhibitions From the Photographer’s Archive: Roman Vishniac  & The Power of Attention: Magic & Meditation in Hebrew “shiviti” Manuscript Art

The Power of Attention
Greg Niemeyer, Professor of Art Practice

Introductions
Moses Libitzky, a leader in the Jewish community and a Magnes supporter.
The Future of the Archive

Free and open to the public | RSVP at bit.ly/magnesspring17 by Thursday, February 2, 2017
Spring 2017 Opening Night Reception | From the Photographer’s Archive: Roman Vishniac & The Power of Attent… by magnesmuseum on Scribd