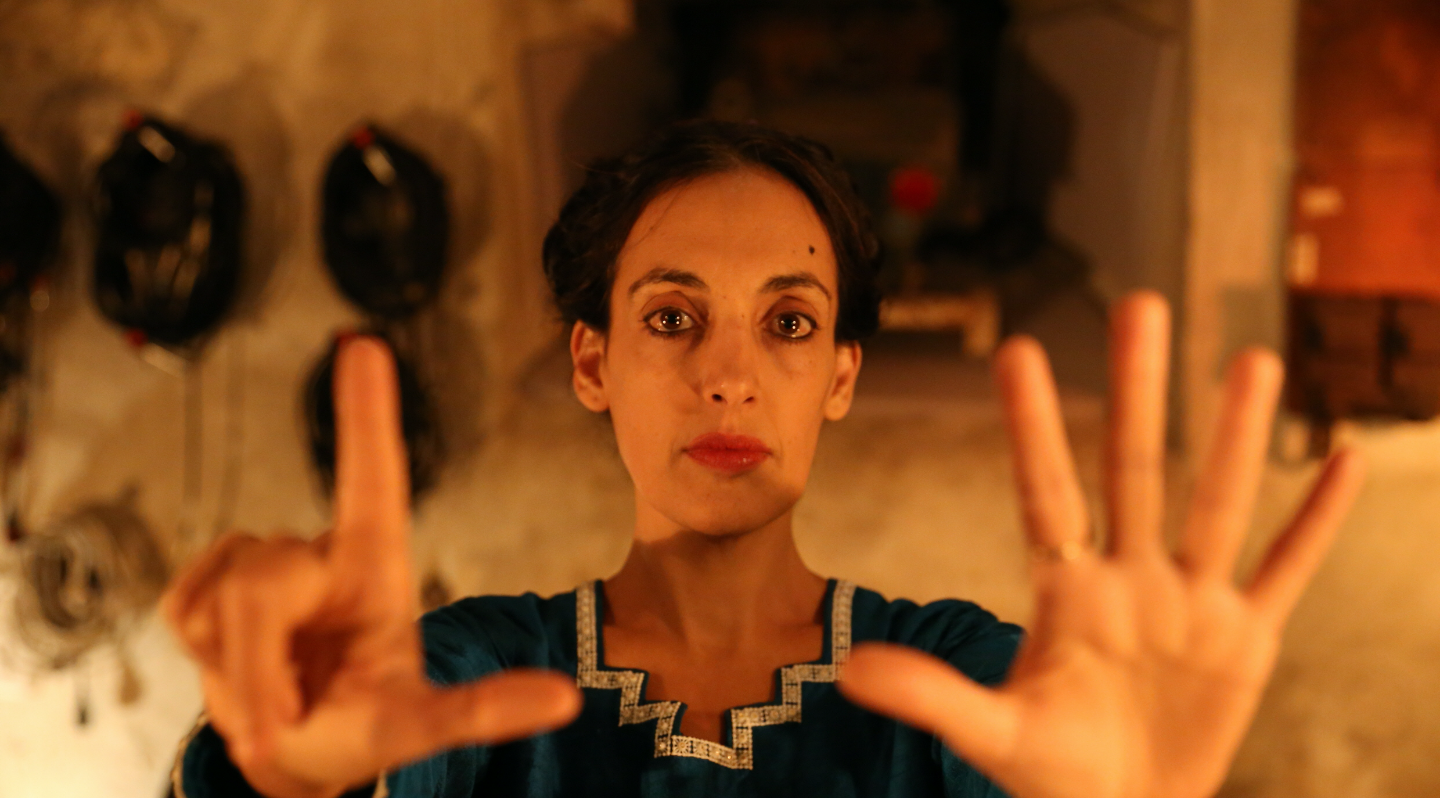 Meet Victoria Hanna and watch as she develops MAGIC SPELLS, a new performance repertoire based on Hebrew amulets in The Magnes Collection.

The series is curated by Francesco Spagnolo, and presented in conjunction with his UC Berkeley course, Jewish Nightlife (Jewish 121-001, Music 139).

During her Fall 2017 residency, Victoria Hanna will also collaborate with other UC Berkeley courses and units, and present in academic and community settings across the San Francisco Bay Area.

About Victoria Hanna (Schusterman Visiting Artist, Fall 2017)
Jerusalem based artist, Victoria Hanna, is a world-renowned composer, creator, performer, researcher, and teacher of voice and language. The daughter of an ultra-orthodox rabbi, she has been greatly influenced by her childhood environment. In her work, she deploys a variety of vocal techniques in the performance of ancient and modern Hebrew texts, among them the Sefer Yetzirah (Book of Creation), an early Kabbalistic treatise. Victoria draws inspiration from the ancient Hebrew tradition, which relates to the voice, mouth, and Hebrew letters as tools of creation. Stylistically, her creations span from traditional Jewish music to new music and hip-hop.

About Hebrew Amulets
Jewish amulets are worn on one’s person or placed in homes, and used at moments of vulnerability and transition, like childbirth or marriage. They feature texts including biblical verses, Psalms, divine names, and invocations of powerful figures like angels, and the biblical Patriarchs and Matriarchs. The Jewish mystical tradition, including Kabbalah, is central to these artifacts, which often also feature unique imagery.

MAGIC SPELLS: A Weekly Performance Series Featuring Victoria Hanna and Hebrew Amulets from The Magnes Colle… by magnesmuseum on Scribd