Taubman Lectures 2016 | Michael Gluzman: “The Poetry of the Drowned: Sovereignty and Melancholia after 1948” 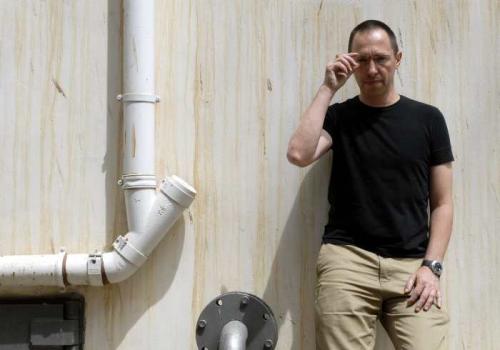 “The Poetry of the Drowned: Sovereignty and Melancholia after 1948”

The three-part lecture series will be held on

at The Magnes Collection of Jewish Art and Life
2121 Allston Way, Berkeley, CA 94720

Professor Michael Gluzman is Chair of the Literature Department at Tel Aviv University.  Gluzman completed his doctorate in Comparative Literature at UC Berkeley, and is the author of The Politics of Canonicity: Lines of Resistance in Modernist Hebrew Poetry (2003) and The Zionist Body: Nationalism, Gender and Sexuality in Modern Hebrew Literature (2007), as well as articles such as “’To endow suffering with elegance’: Dahlia Ravikovitch and the Poetry of the Statehood Generation” (2008), and “Sovereignty and Melancholia: Israeli Poetry after 1948” (2012).  Gluzman is co-author (with Hanan Hever and Dan Miron) of In the City of Slaughter (2005), and co-editor ofTimes of Change: Jewish literatures in the Modern Era (2008).