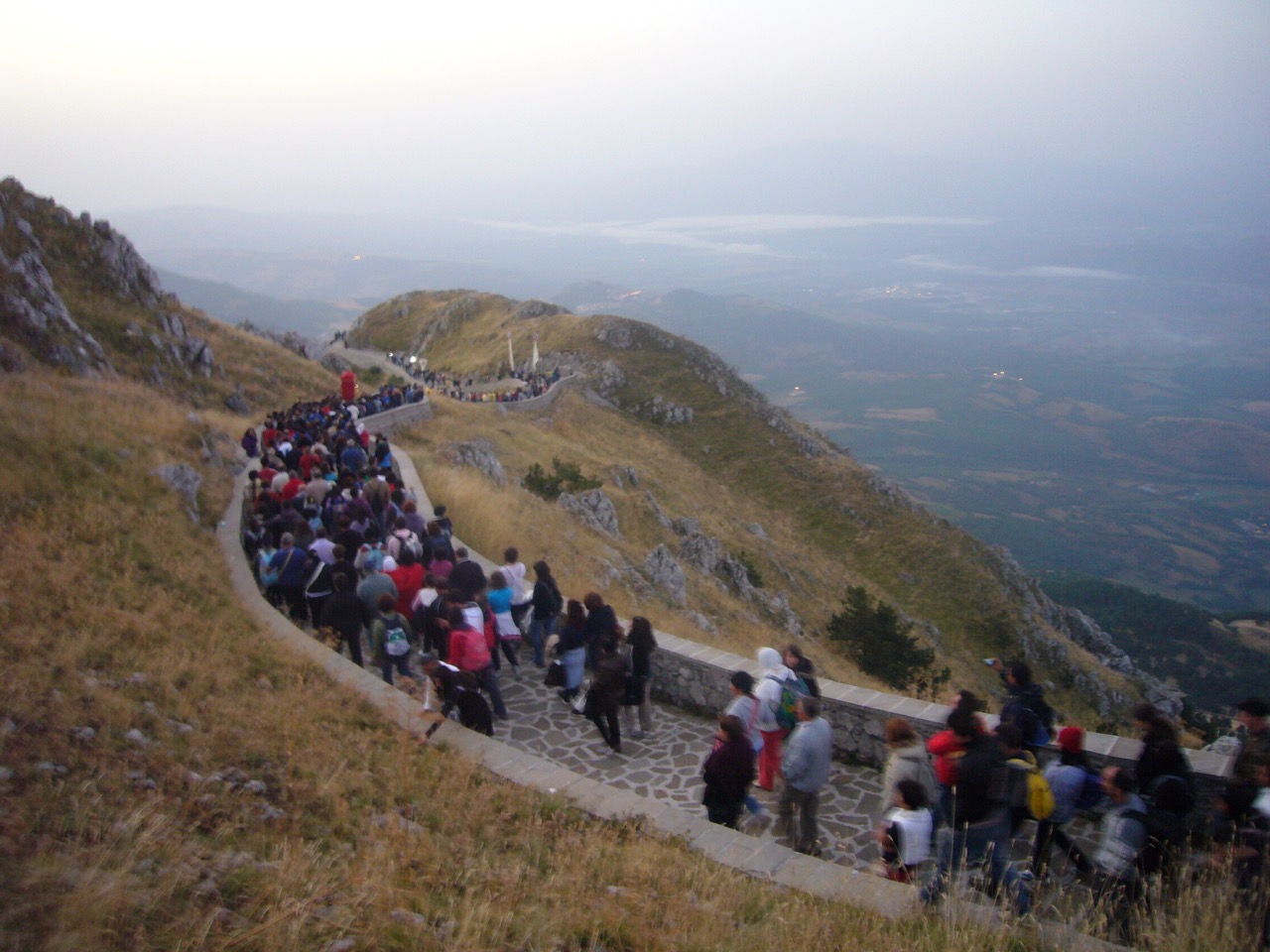 A documentary devoted to three pilgrimages to sacred mountains in the three Abrahamic Religions. The work explores the role of music practices as a way of prayer and participation, and the importance of sound in shaping and giving meaning to places. The narrative is shaped around three episodes, each devoted to a different event, following the usual moments of a pilgrimage.

The Ascent: on the occasion of Shavuot, the Israelite Samaritans go to pray on Mount Gerizim, in the West Bank, where their sacred places are located. The Feast: in August, members of the brotherhood of the Bektashi climb Mount Tomorr, in Albania, where they pray near the tombs of dede, and practice the kurban (a sacrificial slaughtering of a sheep, whose meat is consumed by each participating family). The Descent: in early September, the miraculous statue of the Black Madonna of Viggiano, Queen of Lucania, in Italy, “descends” into the village for a festival.

Nicola Scaldaferri is an Associate Professor in the Department of Cultural Heritage and Environment at the University of Milan, Italy, where he founded and directs the Laboratory of Ethnomusicology and Visual Anthropology. He has done extensive ethnomusicological research in Italy, Albania, and Burkina-Faso, as well as research on electroacoustic in 20th century music. Prof. Scaldaferri received his Ph.D. in musicology from the University of Bologna and a degree in Composition from the Conservatory of Parma; he was a Fulbright scholar at Harvard University and a Visiting Professor at St. Petersburg State University.

Sacred Mountains. Abrahamic Religions and Musical Practices in the Mediterranean Area by magnesmuseum on Scribd