PopUp Exhibition | Nick Underwood From Shund to Avant-garde: Yiddish Theatre in the City of Light 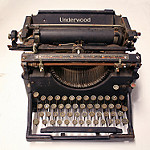 Known as a center of early 20th-century avant-garde and experimental theatre, Paris does not tend to figure on the map of pre-World War II Yiddish theatrical production specifically. This pop-up talk will realign our understanding of Yiddish theatre in Paris and ask whether or not we can consider Paris as the capital of a Western European Yiddish theatre during the first half of the twentieth century. Not only were there important Yiddish theatrical productions in Paris, but Parisian Yiddish theatre would make its mark outside of Yiddish-speaking circles, garnering praise from luminaries of French theatrical production, such as Romain Rolland. This talk will focus mainly on the years of the Popular Front (1934-1938) to highlight the extent to which binaries between shund (trash) and “high-brow” theatre dissipated in favor of support from both Jewish and non-Jewish outlets focused on fostering the creation of a Yiddish Parisian diaspora nation that situated theatre as one of its most important buttresses.

Each week, UC Berkeley faculty and graduate students, visiting artists and other notable guests will present brief lectures focused on selected treasures from the The Magnes Collection of Jewish Art and Life. One speaker and one object at the time, these “flash” exhibitions will include the opportunity to view the art and artifacts discussed intimately and up close.

No lecture on November 23 (Thanksgiving).