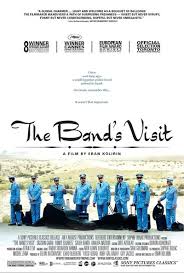 A band comprised of members of the Egyptian police force head to Israel to play at the inaugural ceremony of an Arab arts center, only to find themselves lost in the wrong town. Reception included. Free and open to the public. RSVP at bit.ly/Bandsvisit.

A year-long series on Israeli cinema, co-presented by the Berkeley Institute for Jewish Law and Israel Studies and The Magnes Collection of Jewish Art and Life. In the fall, the screenings will be devoted to a retrospective of Ronit Elkabetz (1964-2016), an actress famous for her cinematic roles portraying the experience of Mizrachi Jewish women in Israeli society and on the Israeli screen. In the spring, the series will move thematically through key moments in Israeli history, society, and culture to examine the potential of Israeli cinema to tug at the intersections of art and society.