This talk aims to portray the significant effects of Freud’s anxieties regarding anti-Semitic violence on his psychoanalytic theory. Taking as its entry point Freud’s reorientation of anti-Semitism as aggressive action, Sharvit argues that Freud’s fear of the violent mob had deep implication on his political theory and theory of mind. The threat of anti-Semitism encouraged Freud to accept a Hobbesian vision of social antagonism into his political theory, and his fears penetrated his metapsychology, as he configured the difference between conscious and unconscious processes in line with the difference between mob behavior and state governance. 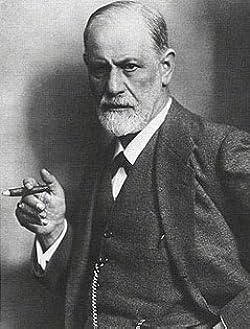 Gilad Sharvit is the Helen Diller Postdoctoral Fellow in Jewish Studies at UC Berkeley. He holds a PhD in philosophy from the Hebrew University. His dissertation engages the pre-figuration of Freud’s theory of Freedom in the middle-period of Schelling’s philosophy. Sharvit’s areas of specialization include Jewish philosophy, psychoanalysis, German idealism and the Frankfurt School. His current research focuses on the influence of late German Idealism on the philosophy of history in modern German-Jewish thought. Sharvit is co-editor and contributing author of the volume Freud and Moses (Fordham University Press, forthcoming). Other recent publications include the forthcoming articles “Schelling and Freud on Historicity and Freedom” in Idealistic Studies and “Zweig, Freud, and the Ends of Criticism” in Journal of Austrian Studies.