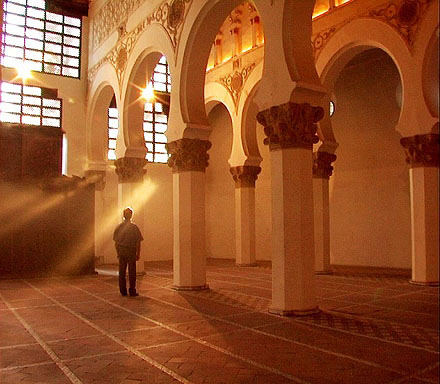 The city of Toledo was famous for its rich cultural and historical heritage; a city in which three major cultures met, intertwined and enriched each other. The movie Toledo – the Hidden Secret is a meeting of the past and the present and reflects the history, culture and other aspects of former Jewish community life within the city’s walls. Three descendants of the “Marranos” recall in interviews the stories of their families.

The term “Sephardic” indicates the descendants of the Iberian Jews who were expelled from Spain and Portugal (in Hebrew, sepharad) after 1492, and came into contact with cultures and languages from Northern and Southern Europe, the Balkans, and especially the Ottoman Empire—in North Africa and the Eastern Mediterranean—where their communities flourished for centuries. The complex identities of the Sephardic Jews are represented on screen through documentaries and feature films about the Spanish Inquisition and its aftermaths, the encounters between Ottoman, Arab-Andalusian, and European cultures, the Holocaust as a global phenomenon, and the perseverance of culture the Judeo-Spanish (or Ladino) language.