David Kertzer | In the Name of the Cross: Christianity and Anti-Semitic Propaganda in Fascist Italy and Nazi Germany 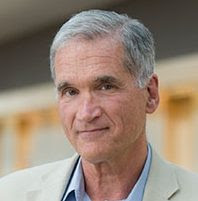 Heated debate surrounds the question of the role Christianity and Christian churches played in the Nazi and Italian Fascist demonization of the Jews. This talk brings to light similarities and differences in the Nazi and Italian Fascist uses of Christianity in their efforts to turn their populations against the Jews through examination of two of their most influential popular anti-Semitic propaganda vehicles: La difesa della razza in Italy and Der Stürmer in Germany. Both would mix pseudo-scientific racial theories with arguments based on Christian religious authority, and both would present themselves as defenders of Christianity against the Jewish threat. Yet there were also differences, linked to the different relations each regime had with the Christian churches.

David Kertzer joined Brown in 1992 as the Paul Dupee, Jr., University Professor of Social Science. A Professor of Anthropology and Italian Studies, he was appointed Provost in 2006, serving in that role until 2011. Kertzer founded and directed the Anthropological Demography program. He was also founding director of the Politics, Culture, and Identity research program of the Watson Institute for International Studies.

A Brown alumnus (A.B., 1969), Kertzer received a Ph.D. in Anthropology from Brandeis University in 1974. He was William R. Kenan, Jr. Professor at Bowdoin College from 1989 to 1992. Kertzer twice won the Marraro Prize from the Society for Italian Historical Studies for the best book in Italian history. Kertzer co-founded and for a decade co-edited the Journal of Modern Italian Studies. He served as president of the Social Science History Association and the Society for the Anthropology of Europe, and co-edited the book series “New Perspectives on Anthropological and Social Demography” for Cambridge University Press. His book The Kidnapping of Edgardo Mortara was a finalist for the National Book Award in 1997. His 2001 book, The Popes Against the Jews, has been published in nine languages. In 2005 he was elected as a Fellow of the American Academy of Arts and Sciences. His book, The Pope and Mussolini, based on recently opened Vatican archives, tells the story of the Holy See’s relations with Italy’s Fascist dictatorship. It won the Pulitzer Prize for Biography in 2015.d