Curating Culture, Making Memory: On the Polin Museum of the History of Polish Jews

Curating Culture, Making Memory: On the Polin Museum of the History of Polish Jews

A day of film and lectures highlighting the Polin Museum located in Warszawa and Jewish history in Poland. 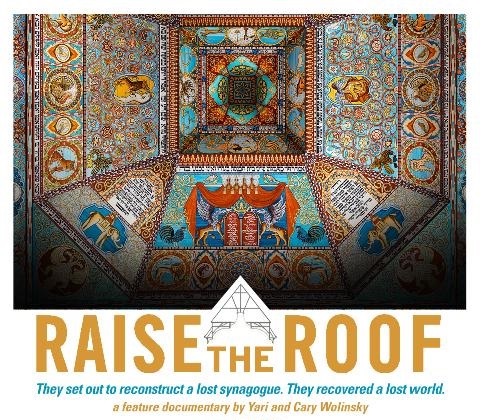 11 a.m.-12:30 p.m. “Raise the Roof,” 2015. 85 minutes. Landmark Shattuck Theater, 2230 Shattuck Ave., Berkeley.  A documentary by Yari and Cary Wolinsky about how artists Rick and Laura Brown and their team at Handhouse Studio set out to rebuild Gwoździec, one of the 18th-century wooden synagogues of Poland, the last of which were destroyed by Nazis during World War II. RSVP here for the film.

1:45-6 p.m. Talks and evening reception will be held at The Magnes Collection of Jewish Art and Life, 2121 Allston Way, Berkeley. RSVP here for the afternoon lectures and reception.

Free and open to the public.