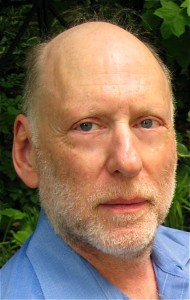 Today, American Jews are in centrifugal motion, and the center does not hold. Sixty years ago, after the Holocaust, Jews overwhelmingly joined in the American celebration and in a common commitment to Israel. Redemptive spirit, old-country nostalgia, and successful assimilation came together. Today, the sense of commonality frays, perhaps to the breaking point. As Jewish oligarchs fund the Occupation and settle enclave fortresses on the West Bank, younger Jews are so offended by an increasingly illiberal Israel as to consider “Zionism” a dirty word. Gripped by messianism and an aggressive form of desperation, Israel itself becomes steadily more illiberal, and thus more vexatious for Jews who remain among America’s most liberal populations. Chasms between American Jews are more vivid than commonalities. Is it possible to speak of a Jewish people that embraces Sheldon Adelson and Bernie Sanders? Are the Jews a people of values or a people of territory? Indeed, is it possible to speak of a Jewish people at all?

Todd Gitlin is professor of journalism and sociology and chair of the Ph.D. program at Columbia University. Gitlin, a UC Berkeley sociology alum and former sociology professor, has been a political activist since 1960 and is the author of fifteen books.