Lecture at The Piano & Film Screening | Nicholas McGegan in conversation with Francesco Spagnolo: The Mendelssohns and Their Worlds 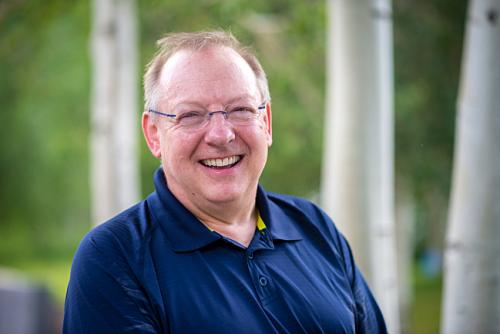 Nicholas McGegan is Music Director of Philharmonia Baroque Orchestra, Principal Guest Conductor of the Pasadena Symphony and, beginning in 2014, Artist in Association with Australia’s Adelaide Symphony. Through 29 years as its music director, McGegan has established the San Francisco-based Philharmonia Baroque Orchestra and Philharmonia Chorale as one of the world’s leading period-performance ensembles, with notable appearances at Carnegie Hall, the London Proms, the Amsterdam Concertgebouw, and the International Handel Festival, Göttingen where he was artistic director from 1991 to 2011. Active in opera as well as the concert hall, McGegan was principal conductor of Sweden’s perfectly preserved 18th-century Drottingholm Theater from 1993 to 1996. He has also been a frequent guest conductor with opera companies including Covent Garden, San Francisco, Santa Fe and Washington.His discography of more than 100 releases includes the world premiere recording of Handel’s Susanna, which garnered both a Gramophone Award and a GRAMMY® nomination, and recent issues of that composer’s Solomon, Samson and Acis and Galatea (the little-known version adapted by Felix Mendelssohn). He is also credited with the first performance in modern times of Handel’s masterly but mislaid Gloria. Born in England, Nicholas McGegan was educated at Cambridge and Oxford and taught at the Royal College of Music, London. He was made an Officer of the Most Excellent Order of the British Empire (OBE) in the Queen’s Birthday Honours for 2010 “for services to music overseas.” His awards also include the Halle Handel Prize; an honorary professorship at Georg-August University, Göttingen; the Order of Merit of the State of Lower Saxony (Germany); the Medal of Honour of the City of Göttingen, an honorary doctorate from the San Francisco Conservatory of Music, and an official Nicholas McGegan Day, declared by the Mayor of San Francisco in recognition of his distinguished work with Philharmonia.