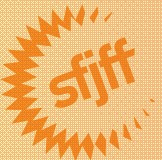 In true Jewish style, we will feed not only your tummies, but also your minds. Founded in Berkeley in 1962, the Judah L. Magnes Museum and its founder Seymour Fromer were the first sponsors of the San Francisco Jewish Film Festival. Share a toast to the important history between the two organizations. We will screen “Seymour” a tribute to Seymour Fromer by Emmy nominee Bill Chayes and “Hundred and Two Mature: The Art of Harry Lieberman” by Irving Saraf and Allie Light, one of the first films exhibited at the Jewish Film festival. After brunch, make your way over to the Roda Theatre for a full day of SFJFF films.