Blood Libel: On the Trail of An Antisemitic Myth 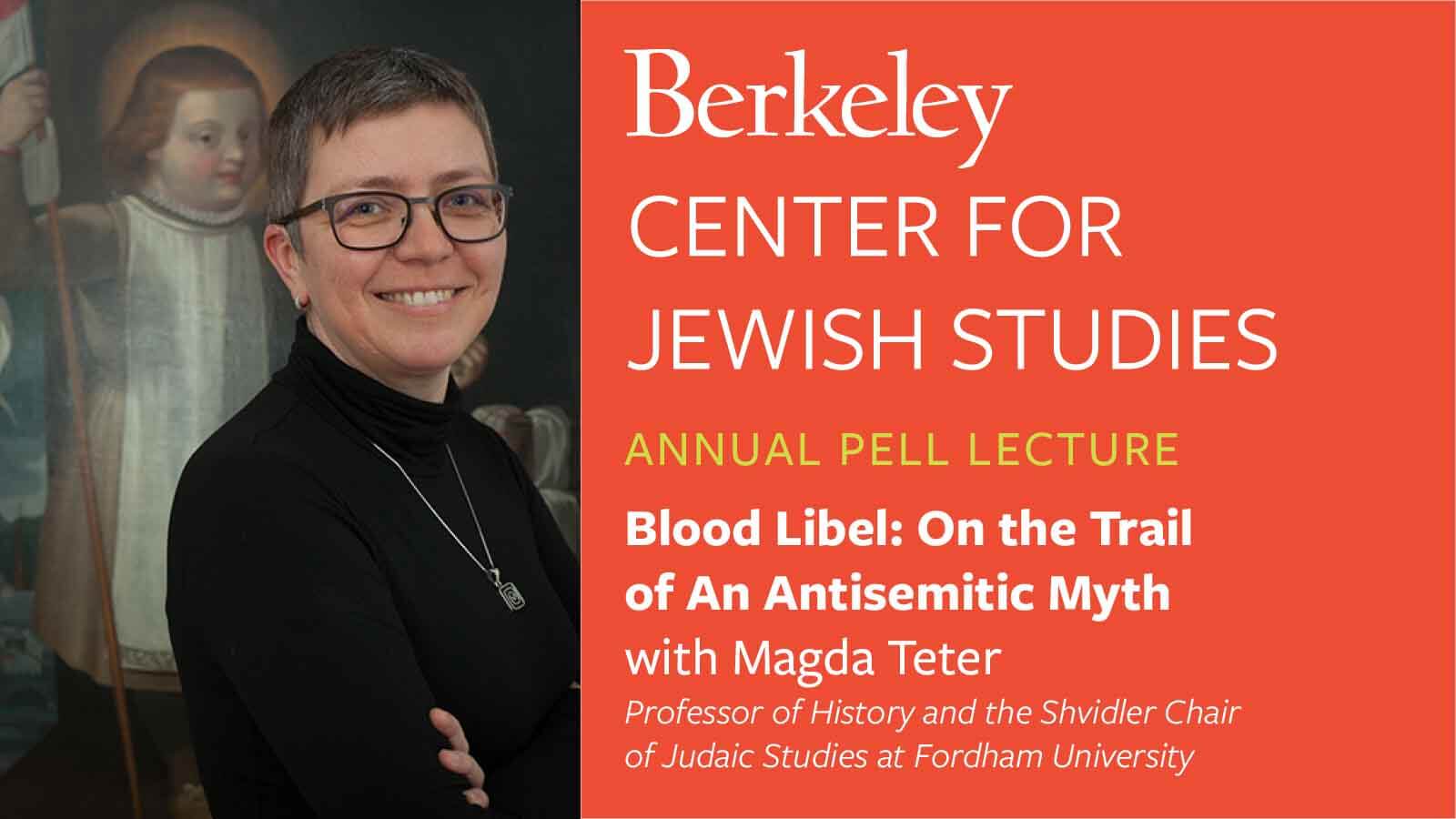 In 2019, the shooter of the Poway synagogue near San Diego cited the story of Simon of Trent, a boy whose death during the Easter/Passover season in 1475 led to one of the most notorious persecutions of Jews in Europe, as one of the reasons behind his actions. The talk will explore how a medieval anti-Jewish lie became rooted in Christian imagination to persist into the twenty first century US and lead to a horrific crime in California.

Magda Teter, Professor of History and the Shvidler Chair of Judaic Studies at Fordham University, is the author of Jews and Heretics in Catholic Poland (2005), Sinners on Trial (2011), Blood Libel: On the Trail of An Antisemitic Myth (2020), and of dozens of articles in English, Hebrew, Italian, and Polish. Her book Blood Libel won the 2020 National Jewish Book Award, The George L. Mosse Prize from the American Historical Association, and the Ronald Bainton Prize from the Sixteenth Century Society. Teter has received prestigious fellowships, including from the John Simon Guggenheim Memorial Foundation, the Cullman Center for Scholars and Writers at the New York Public Library, the NEH. She has served the Vice-President for Publications of the AJS. Her next book Christian Supremacy: Reckoning with the Legacy of Antisemitism and Racism is forthcoming next year from Princeton University Press.