Norman Coliver was born in Baltimore in 1918 and died in San Francisco in 2016. He graduated in 1938 from the University of Virginia, and enlisted in the army in 1941. After completing officer training, he served as an intelligence officer under General MacArthur, witnessing the signing of the Japanese surrender documents, which he had been in charge of producing, on board the USS Missouri.

He studied pre-med courses at Harvard and was accepted into Medical School there in 1947, but instead moved to SF to marry Edith Simon. He graduated from Stanford Law School in December 1950 with the Irving Hellman Prize for legal writing, and joined the firm of Dinkelspiel & Dinkelspiel, with which he was affiliated for the remainder of his career.

Amongst his many civic involvements, he chaired or sat on the boards of the American Red Cross of SF, Hunter’s Point Boys Club, Probate Committee of the Bar Association of SF, SF Jewish Community Center, SF Jewish Welfare Federation, Congregation Emanu-El, and the former Judah Magnes Museum in Berkeley. His abiding interests were life-long education, civil rights, and the history of the Jews of the West.

He was instrumental in the establishment of the Western Jewish History Center (WJHC) at the Magnes in 1967. The archival holdings of the WJCH are now the Western Jewish Americana archives at The Bancroft Library, while all art, material culture, and audiovisual materials documenting the history of the Jewish in the American West can be accessed at The Magnes Collection of Jewish Art and Life, University of California, Berkeley.

An oral history with Norman Coliver, collected by the former Western Jewish History Center and digitized by The Magnes Collection of Jewish Art and Life, is available online (make sure to turn the volume up to balance the original audio settings): 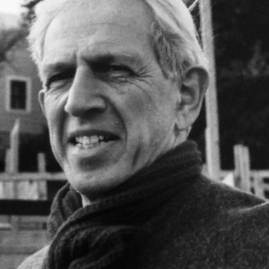