Irving Rabin was born in San Francisco May 11, 1930 and passed away at his Tiburon home August 15, 2012. He was the founder and CEO of Rabin Worldwide, an international industrial auction company. With his partners, he owned Butterfield & Butterfield, which was acquired by eBay in 1999. Irving was co-founder and first president of Young Adult Division (YAD) of Jewish Federation, which has been responsible for thousands of Jewish marriages, and founder and first president of Jewish Vocational Services. He helped to acquire the land for Menorah Park, and was its first president. He was president of the Judah L. Magnes Museum during its most crucial period, working hard to preserve its place among the great museums of the Bay Area. He served on countless boards and put his amazing energy into many other Jewish charities. Irving Rabin (center) with Frances Dinkelspiel (left) and Deborah Kirshman at the ribbon cutting ceremony for the opening of The Magnes Collection of Jewish Art and Life in downtown Berkeley (January 2012). 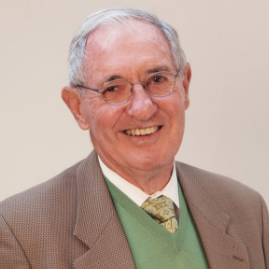