President of the Judah L. Magnes Museum; Member of the Council of the Friends of the Bancroft Library

Frances Dinkelspiel is the author of Towers of Gold: How One Jewish Immigrant Named Isaias Hellman Created California, published by St. Martins Press in November 2008.

Frances is a fifth-generation Californian who grew up in San Francisco. A graduate of Stanford University and the Columbia University Graduate School of Journalism, Frances spent more than 20 years in the newspaper business, working as a general assignment reporter for a broad array of papers, from the Syracuse Newspapers in upstate New York to the San Jose Mercury News in northern California. Her freelance work has appeared in the New York Times, People Magazine, the San Francisco Chronicle, the Miami Herald, the Detroit Free Press, San Francisco Magazine, and other places. She has also taught at the Berkeley Graduate School of Journalism at the University of California at Berkeley.

In 1998, Frances took a leave of absence from the Mercury News to focus on writing personal essays. One day she decided to go to the California Historical Society in downtown San Francisco to peruse some papers of Isaias Wolf Hellman, her great great grandfather. She was astonished by what she saw: her relative had been business partners with many of the iconic men of the 19th century: Collis Huntington, Henry Huntington, Meyer Lehman, Levi Strauss, Harrison Gray Otis, and Edward Harriman. He had settled in frontier California in the 1850s and had lived through floods, droughts, depressions, boom times, earthquakes, fires, and war. He was a classic American rags-to-riches story. He went from being a poor immigrant to being one of the wealthiest and most powerful men of the West.

Frances quickly decided that writing about Isaias Hellman’s life was far more interesting than writing about her own life. She quit her newspaper job and embarked on a decade-long journey to discover the details of Hellman’s amazing business career. Frances went through more than 50,000 pages of archival documents, including letters, receipts, copy books, court cases, and newspaper articles. She deciphered ornate handwriting and obscure business deals. She visited relatives around the country to track down letters and old family photographs. She visited some of the world’s greatest libraries, including the Huntington Library in San Marino, CA, and the Bancroft Library at the University of California at Berkeley, and traveled to Hellman’s birthplace in Reckendorf, Bavaria. The result is Towers of Gold.

Frances is also a member of North 24th, a San Francisco-based writing group. She and her husband and their two teenage daughters live in Berkeley, California.

As President of the Board of Trustees of the Judah L. Magnes Museum, Frances was a catalyst in negotiating with the University of California, Berkeley the establishment of The Magnes Collection of Jewish Art and Life at The Bancroft Library. 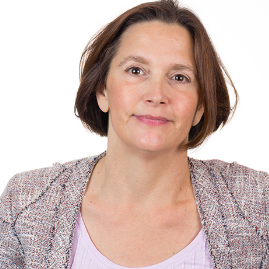