Benjamin Brinner has been a professor in U.C. Berkeley’s Department of Music since 1989. After five years as chair of that department he was appointed to head the Center for Jewish Studies in 2015. He currently serves as the Helen Diller Family Faculty Director of CJS in addition to his appointment as acting faculty director of the Magnes Collection of Jewish Art and Life. Over the past five years he has devoted most of his time and efforts to working with colleagues to strengthen Jewish and Israel Studies at Berkeley.

A native of Berkeley, where his father William “Ze’ev” Brinner was a professor of Near Eastern Studies, Ben completed a BA degree in musicology at the Hebrew University in Jerusalem. He studied Jewish music with leading scholars Israel Adler and Erich Werner, serving as Prof. Adler’s research assistant at the Jewish Music Research Centre at the Hebrew University. He studied Israeli music with other faculty there.

Returning to Berkeley he completed MA and PhD degrees in ethnomusicology in the Department of Music at U. C. Berkeley, specializing in Javanese gamelan and conducting research in Indonesia with the support of a Fulbright fellowship. Upon completion of his doctoral studies he returned to Israel to teach full-time at Tel Aviv University and part-time at the Hebrew University and the Jerusalem Music Center. Three years later he was back in Berkeley, as an assistant professor in the Department of Music.

Ben Brinner has pursued research in Israel and Indonesia on how musicians attain and utilize musical knowledge, memorize and recall compositions, improvise, and interact in performance. His book Playing Across a Divide: Israeli-Palestinian Musical Encounters (Oxford University Press, 2009) was accorded the Society for Ethnomusicology’s highest award, the Alan P. Merriam Prize for Outstanding Book in Ethnomusicology in 2010. He continues to conduct research in Israel on various aspects of contemporary musical life.

Brinner’s first book, Knowing Music, Making Music: Javanese Gamelan and the Theory of Musical Competence and Interaction (University of Chicago Press, 1995) won ASCAP’s Deems Taylor Prize in 1996. He has also written a textbook on Javanese music, published by Oxford University Press. With Javanese master musician Midiyanto, he cofounded and continues to codirect UC Berkeley’s Javanese gamelan performing ensemble, which performs several concerts each year on campus and in other locations in Northern California. 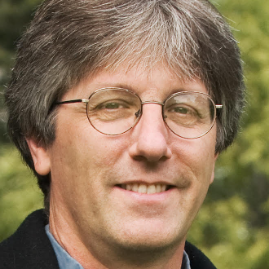