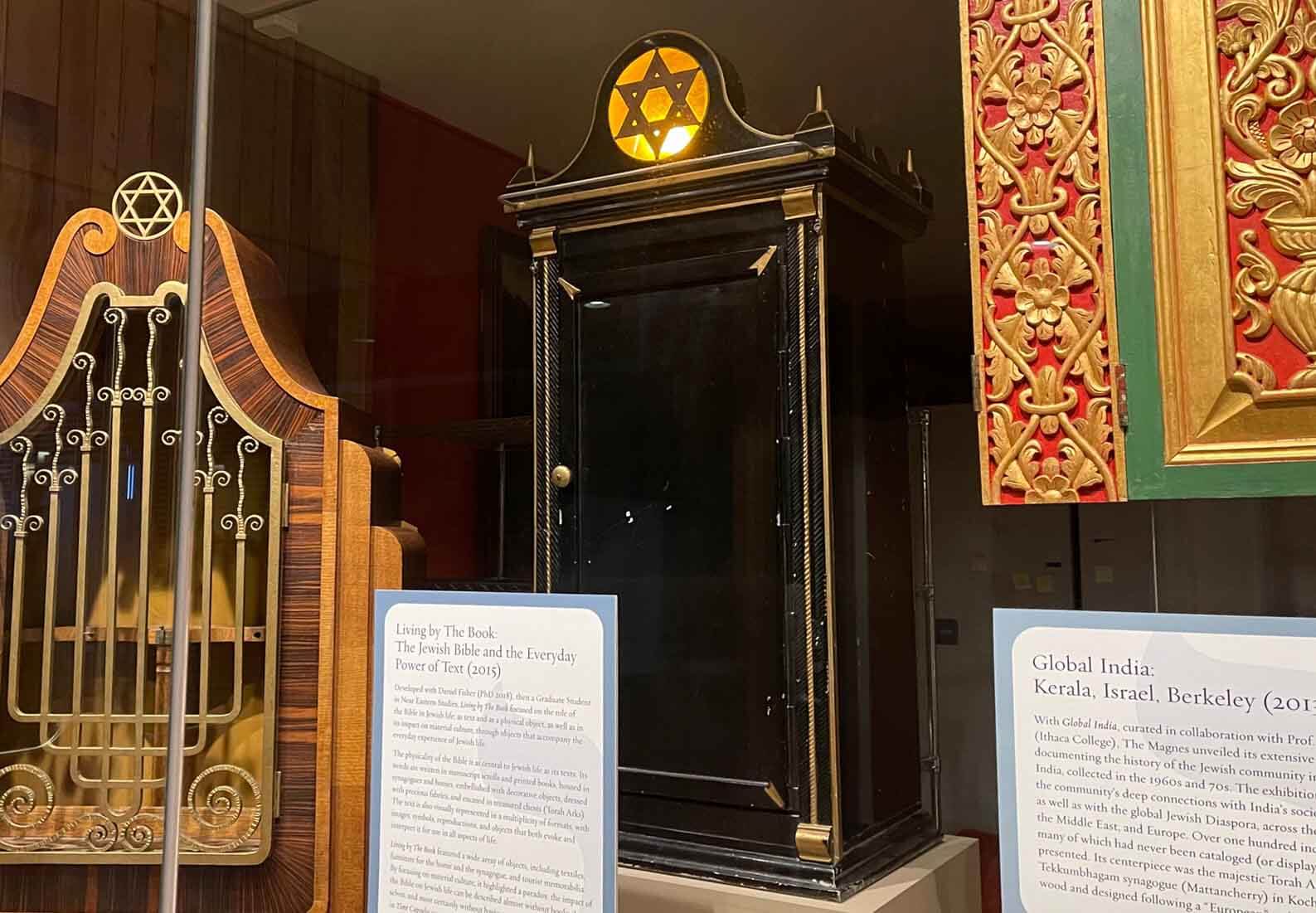 Seeing for the first time the portable Torah Ark built by her grandfather, Louis Morrison (1883-1955), an astonished and elated Donna Chazen observed that “nobody really believed there were Jews in Wyoming… they had no idea that the community ever existed.” The Torah Ark from Rock Springs, Wyoming, a gift to The Magnes from Mr. Melvin J. and Mrs. Marilyn A. Weiss in 2013, is on display in the current exhibition Time Capsules. The Magnes: 10 Years at UC Berkeley.

Morrison built the Torah Ark for a tight-knit Jewish community of about 18 families in southwest Wyoming sometime between 1910 and 1920. An article in The Wyoming Jewish Press (September 1930) noted that Wolf Cohen, a Russian emigrant from Mitau had settled in Rock Springs, a coal-mining town on the Union Pacific Railroad line, and founded the Congregation Beth Israel. Celia, his wife, was Louis Morrison’s sister. Without its own building, the small congregation carried the Torah Ark to services held in the Weiss and Oremland family homes.

Born in Mitau, Russia (now Jelgava, Latvia) in 1883, Louis Morrison emigrated to Great Britain at 18 and then to the United States. Traveling west, he married Chazen’s grandmother in Denver in 1907 and moved to Rock Springs sometime after 1910. He later moved back to Denver ca.1940, living with Chazen’s family until his death in 1955. Chazen remembers her grandfather vividly. He was “always creating, always inventing, and always doing. What I admired most about him was that he didn’t stop.” Chazen recalls. “He was multi-talented… and never said no to anything.”

“I was overjoyed, I was emotional… I never knew it existed.”

The small Aron Kodesh (Holy Ark) is made with sheet metal, wood, cloth, leaded glass, and a built-in electric ner tamid (eternal light), designed with ease of travel from home to home. “Wherever Jewish communities take root, their need for a Torah scroll and ark precedes a synagogue building.” Magnes Curator Francesco Spagnolo explains. “The ritual chest that houses the Tablets of the Ten Commandment, the Torah scroll and ark connect the biblical past with the present in places of worship across the Jewish world. I was overjoyed to add the Torah Ark from Rock Springs to the collection.”