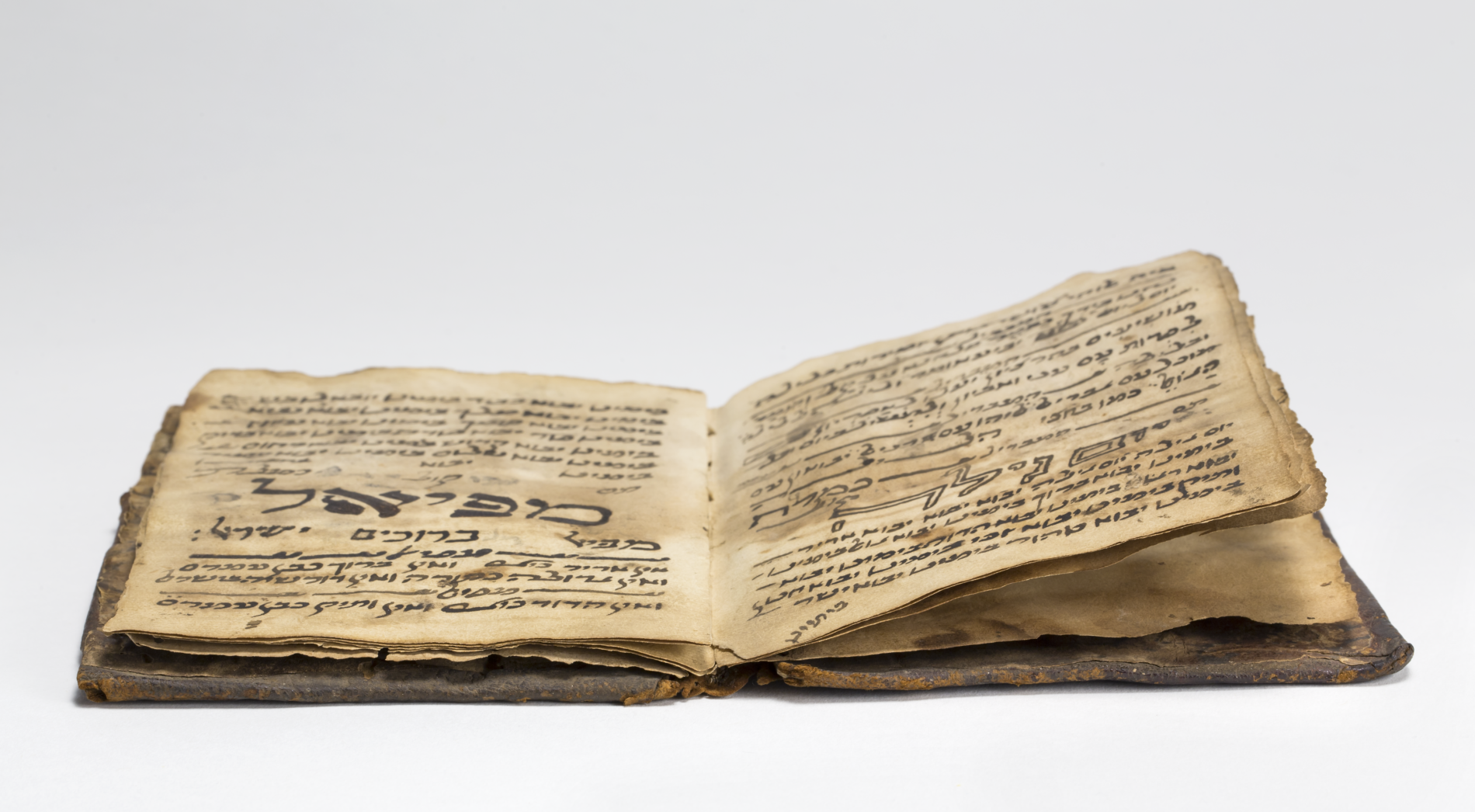 Press Release for The Karaite Canon: Manuscripts and Ritual Objects from Cairo

The Magnes Collection of Jewish Art and Life at UC Berkeley presents the findings from an expedition to Egypt led by the museum’s founder, Seymour Fromer.

The Karaite Canon: Manuscripts and Ritual Objects from Cairo
Continuing on view August 28–December 14, 2018 at The Magnes

BERKELEY—In 1971, Seymour Fromer (1922-2009), founder of The Magnes, led an expedition to Cairo, Egypt. The Karaite Canon highlights a selection from the over fifty manuscripts he brought to California, along with ritual objects belonging to Cairo’s Karaite community. At the time, the aim of The Magnes was to salvage unique documents during a period of great turmoil in the Middle East.

Since the ninth century of the Common Era, Karaite Jews (Heb. karaim) have been following doctrines that differ from the normative rabbinic tradition based on the oral laws and the Talmud. The name karaim has been interpreted alternatively as “masters of the Scripture” (ba‘ale ha-miqrah), adhering to the written components of the biblical law; or as “callers,” religious activists engaged in promoting their views. Over the centuries, Karaites migrated from the Middle East and North Africa to the Byzantine, Ottoman, and Russian Empires. Today, Karaites live in Eastern Europe, Israel, and the United States.

The materials preserved at The Magnes—which were assembled from a larger cache of manuscripts kept in the Karaite community’s archives—offer a unique glimpse into the history and cultural networks of Egypt. They range greatly in language (among them: Hebrew, Arabic, Judeo-Arabic, Judeo-Turkish, and Italian), chronology (from the 17th to the early 20th centuries), and content. The texts include liturgy, communal records, Islamic court documents, compilations of ritual rules, lists of magic spells and medical remedies, as well as poems and personal records of eminent members of the community.

The manuscripts are accompanied by a variety of ritual objects, original ketubbot (marriage contracts), and by photographic slides providing a visual travelogue of Seymour Fromer’s expedition. The exhibition is augmented by a set of poignant photographs taken in Cairo in 1985 by the celebrated Bay Area photographer, Ira Nowinski, along with new work by Nicki Green, a contemporary artist and a graduate student in the UC Berkeley Department of Art Practice.

Together, these materials speak of the wealth of resources that The Magnes has continued to collect in the course of half a century, making them available to scholars, artists, and the public.

About The Magnes Collection of Jewish Art and Life, UC Berkeley
The Magnes Collection of Jewish Art and Life was established in 2010 following the transfer of the Judah L. Magnes Museum to the University of California, Berkeley. Its remarkably diverse archive, library, and museum holdings include art, objects, texts, music, and historical documents about the Jews in the Global Diaspora and the American West. As one of the world’s preeminent Jewish collections in a university setting, it provides highly innovative and accessible resources to both researchers the general public.