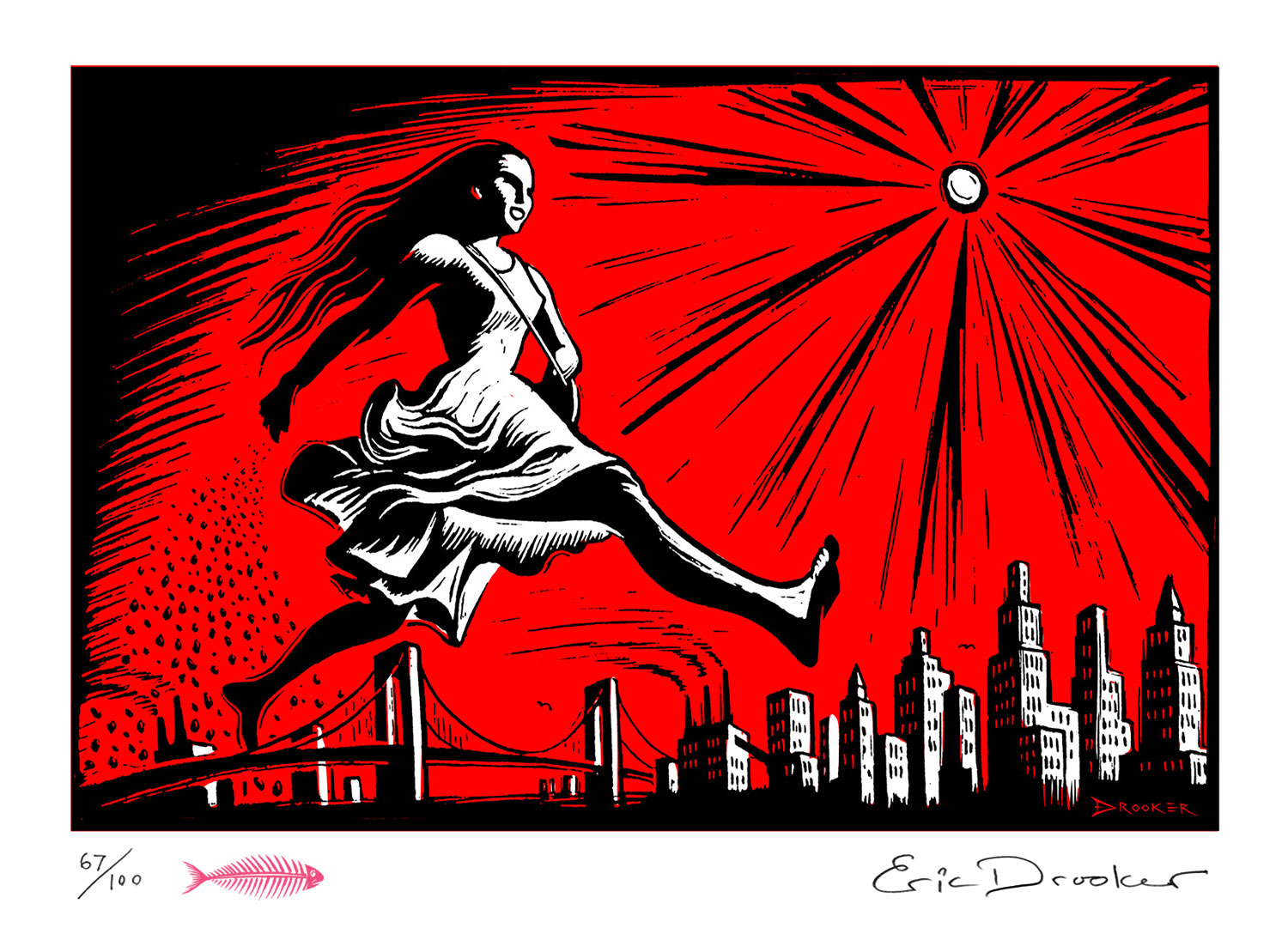 Each week, UC Berkeley faculty and graduate students, visiting artists and other notable guests will present brief lectures focused on selected treasures from The Magnes Collection of Jewish Art and Life. One speaker and one object at a time, these “flash” exhibitions will include the opportunity to view the art and artifacts discussed intimately and up close.

Elizabeth Rynecki is the great-granddaughter of the late Polish-Jewish artist, Moshe Rynecki (1881-1943), who perished in the Holocaust. Her memoir, Chasing Portraits: A Great-Granddaughter’s Quest for Her Lost Art Legacy, was published in 2016 and immediately reviewed in the New York Times. For many years after his death, Moshe Rynecki’s family believed that most of his oeuvre—circa eight hundred paintings and sculptures depicting the lives of the Polish-Jewish community—had been lost. After her grandfather (Moshe’s son) passed away, Elizabeth made it her mission to revive her great-grandfather’s legacy and to track and reconstitute many of his lost works around the world. The Magnes Collection of Jewish Art and Life at the University of California, Berkeley, is one of the few public collections in the world to include a painting by Moshe Rynecki, Wedding (The Gift of Bread), 1919, donated by George Rynecki in 1984.

Elizabeth Rynecki holds a BA in Rhetoric from Bates College and a master’s degree in Rhetoric and Speech Communications from UC Davis. She is currently working on a documentary based on her memoir. Her website is chasingportraits.org.

Jeremiah Lockwood on the Lost and Found Art of Cantorial MusicWednesday, February 22, 2017, Noon-1pm

Alan Elbaum | Between Magic and Medicine: Karaite Manuscripts at The MagnesWednesday, March 1, 2017, Noon-1pm

Alan Elbaum is a second-year medical student at the UC Berkeley-UCSF Joint Medical Program. While at Berkeley, he is working toward a master’s degree in the history of medicine, using manuscripts from the Cairo Genizah. More broadly, Elbaum is interested in the literature and culture of the Jews of Arab lands; historical perspectives on medicine and the social determinants of health; and how insights from the past can guide the way medicine is practiced today. His project at The Magnes is based on a collection of Egyptian Karaite and Rabbanite manuscripts. Before moving to the Bay Area, Elbaum received a BA in Near Eastern Languages and Civilizations from Yale College in 2014, and spent the year between college and medical school working at AlManarah, a disability advocacy organization in Nazareth (Israel).Rachel Deblinger on the Holocaust in the Age of Digital HistoryWednesday, March 8, 2017, Noon-1pm

Rachel Deblinger is the Director of the Digital Scholarship Commons at the UC Santa Cruz University Library. Dr. Deblinger received a PhD in History from UCLA, with a dissertation titled ‘In a world still trembling’: American Jewish philanthropy and the shaping of Holocaust survivor narratives in postwar America (1945-1953). This work revealed how American Jews first came to know stories about Holocaust survivors through the efforts of American Jewish communal organizations in the postwar period.

Her research broadly addresses the transmission of knowledge about the Holocaust, the immediate post-Holocaust moment, and the changes in technology that allow survivor narratives to be collected, preserved and viewed. She also created Memories/Motifs, an online exhibition that traces the stories of three Holocaust survivors, connecting postwar memory to contemporary memory and memorial culture.

Ron Feldman is a Visiting Scholar at the Graduate Theological Union, where he earned his PhD in History of Culture and Religion with an emphasis on Judaism. In addition, he earned his MBA from UC Berkeley’s Haas School of Business, and has been serving as the Chief Financial Officer of the JCC of the East Bay for the past eight years.

His presentation will focus on the history and evolution of Jewish thinking on time and calendars since antiquity, including the sociological experience of time in diasporic Jewish culture. More specifically, Feldman’s PopUp will bring an environmental perspective to thinking about the tension between the two rhythms central to Jewish time, the wild time of the lunar month and the tame rhythm of the Sabbath (shabbat).

Eric Drooker on the Art of Political ActivismWednesday, March 29, 2017, Noon-1pm  Eric Drooker’s drawings and posters are a familiar site in the global street art movement, while his paintings appear frequently on covers of The New Yorker. A Berkeley resident for many years, Drooker was born and raised in New York City, where he began to slap his images on the streets as a teenager. Over time, his reputation as a social critic led to countless editorial illustrations for The Nation, the New York Times, the Progressive, the Village Voice, etc. Drooker won the American Book Award for Flood! A Novel in Pictures (1992), followed by Blood Song (2002), and most recently, Howl: A Graphic Novel (2010), illustrated with animation art he designed for the motion picture, Howl. Eric Drooker’s artwork is part of important collections, including the Whitney Museum of American Art, MoMA, the Brooklyn Art Museum, and the Library of Congress. More at http://www.drooker.com.

Ira Fink on El Lissitzky’s Had Gadya: Context and MeaningWednesday, April 5, 2017, Noon-1pm  Alongside a distinguished career in college and university planning, Ira Fink has assembled a significant research collection of books on synagogue architecture and Jewish ceremonial art. A graduate of UC Berkeley’s College of Environmental Design and a Fellow of the American Institute of Architects, Dr. Fink’s family collection includes one of the few surviving sets of the eleven lithographs of the famous Had Gadya, the Passover song illustrated in 1919 by the Russian Avant Garde artist, typographer and designer El Lissitzky (1890-1941). This wonderful set was produced in only 75 copies, many of which are believed to have been destroyed during the Soviet era. In his presentation about Had Gadya, Dr. Fink will share with the audience what he has learned about the cultural context of the work and its embedded meanings and symbols. 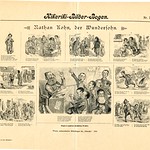 Barbara Goldstein is a historian of European fascism. She received her PhD from the University of Vienna, Austria with a dissertation devoted to newsreel films created by the Austrian Police between 1929-1938 as part of governmental fascist propaganda campaigns.One of Goldstein’s focuses and special interests is in historic administrative structures and “infamous people” in the early-modern period. She previously held a position as Research Scientist in the Historical Demography Laboratory of the Max Planck Institute for Demographic Research in Rostock, Germany (2006), entering the field of social research with a specialization in the history of family forms.

Following her return to the United States in 2013, she became a contributing volunteer scholar at The Magnes, researching German language archival materials. Her presentation will focus on the depiction of Jewish parent-children relations in Europe in 18th- and 19th-century anti-Semitic literature.

Shana Penn The Politics of Memory: The New Yad Vashem Exhibition at Auschwitz State Museum
Wednesday, April 26, 2017, Noon-1pmShana Penn is executive director of the Taube Foundation for Jewish Life and Culture and a visiting scholar at the Graduate Theological Union’s Center for Jewish Studies. Her award-winning book, Solidarity’s Secret: The Women Who Defeated Communism in Poland (University of Michigan Press, 2005) examined women’s leadership role in defeating Poland’s communist regime. Presently, Penn is completing a book on the revitalization of Jewish culture in Poland after the fall of Communism.