Souvenirs from Utopia: The Bezalel School of Arts and Crafts in Jerusalem (1906-1932)

At the turn of the 20th century, under Ottoman rule, Jerusalem was rapidly developing into a center of Jewish cultural activities. The protagonists of this scene were, for the most part, recent East-European Jewish immigrants. They had been inspired to move to Palestine by the emerging Zionist movement, and were eager to shake off the oppressive conditions they had experienced under the Russian Empire. 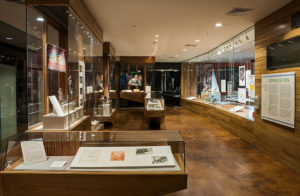 Souvenirs from Utopia Exhibition installation at The Magnes

Living and working in the city, in close proximity, were, among others, Eliezer Ben-Yehuda (1858-1922), a former rabbinical student from Belarus attempting to revive a spoken Hebrew language; Abraham Zvi Idelsohn (1882-1938), a cantor from Latvia, documenting and revitalizing Jewish musical traditions; and Boris Schatz (1866-1932), an artist born into an orthodox Jewish family from Lithuania looking to create a unique Jewish artistic style in Palestine. 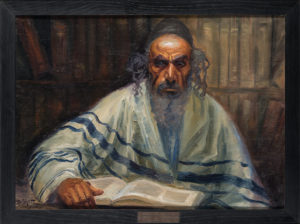 In 1906, Schatz founded The Bezalel School of Arts and Crafts in Jerusalem, fulfilling his dream to establish a Jewish art cooperative. The institution’s biblical namesake was Bezalel, the chief architect of the Tabernacle (Exodus 31 and 35). The school trained scores of artists and artisans. The artists were mostly recruited among young European Jewish immigrants. The artisans were predominantly Yemenite Jews and women who were members of the Yishuv (the local pre-Zionist Jewish community).

Schatz also published numerous literary works. Among them was Jerusalem Rebuilt: A Daydream, a utopian novel published in Hebrew in 1918 and later translated into Yiddish. The novel described the Land of Israel a century later, in the year 2018, as a socialist Jewish state in which most economic wealth was created through cooperative art production. At the heart of the future country stood an idealized school and museum named after Bezalel, described as a modern Temple of Jerusalem devoted to the celebration and rejuvenation of Jewish art.

While Schatz’s educational project ended by 1932, over a decade before the founding of the State of Israel, products from the school flooded the local and international tourist market, and are today part of private and museum collections worldwide. The name of the school was inherited by the Bezalel Academy of Art and Design in Jerusalem, which has been supported by the State of Israel since 1969. This exhibition explores the legacy of the original Bezalel School as it is expressed in the souvenirs and works of art produced in Jerusalem in the early 20th century, now an integral part of the holdings of The Magnes. 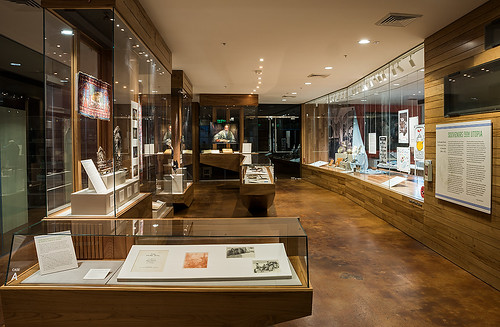 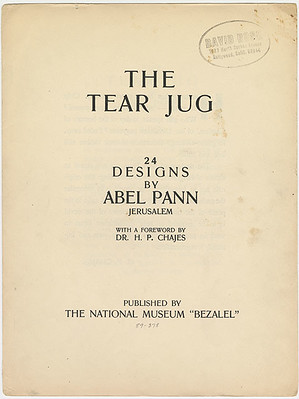 Major funding for The Magnes comes from the Helzel Family Foundation, Koret Foundation, Magnes Leadership Circle, Magnes Museum Foundation, Walter & Elise Haas Fund, and The Office of the Chancellor at the University of California, Berkeley.

Support for this exhibition was provided by the Koret Foundation.

Research for this project was made possible in part by funds and resources provided by the Undergraduate Research Apprentice Program (URAP) of the University of California, Berkeley.