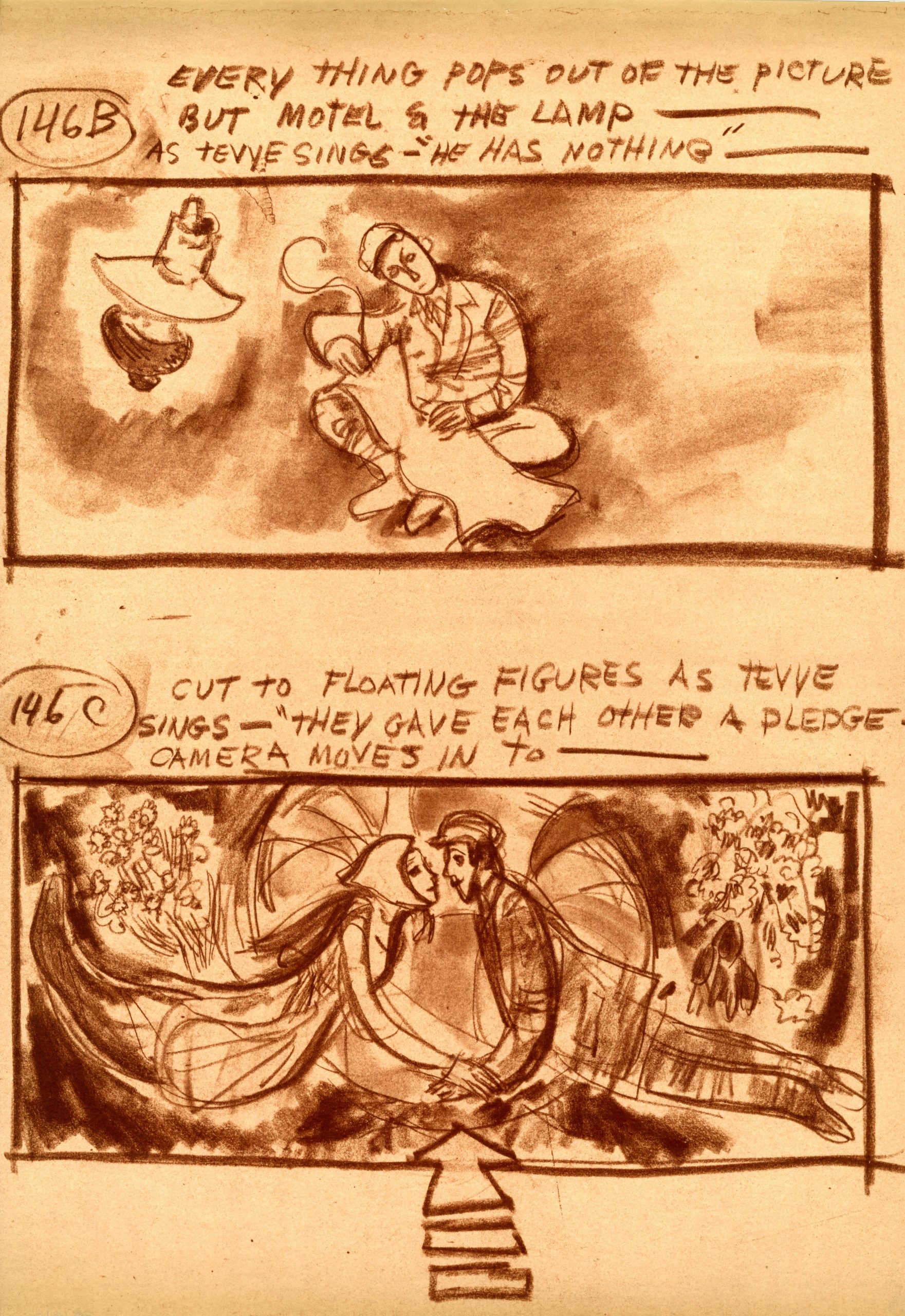 The holdings of The Magnes include a set of original and working copies of sketches and storyboard drawings created by Mentor Huebner for the 1971 feature film, Fiddler on the Roof, along with a small selection of set photographs. The film, directed by Norman Jewison, starred Chaim Topol in the title role, and was based on the stories by Sholem Aleichem (born Shalom Rabinovitz, 1859–1916), a founder of modern Yiddish literature. The dialogue, song lyrics, musical arrangements, and set and costume designs of the production helped define the relationship between a new, post-war, generation of American Jews with their own history of migration, and with the traditions of the past, as they had been preserved in Eastern Europe. Mentor Huebner (Los Angeles 1917–Burbank 2001), a leading Hollywood illustrator, worked in both credited and uncredited roles on the design of more than 250 films. For Fiddler, Huebner created set design concepts and storyboard illustrations. The exhibition leverages Huebner’s sketches to explore the making of the 1971 film, in its attempts to visualize Sholem Aleichem’s fictional eastern european village (or shtetl), Anatevka, its roads, buildings—including its prominent wooden synagogue—and Chagall-inspired costumes.