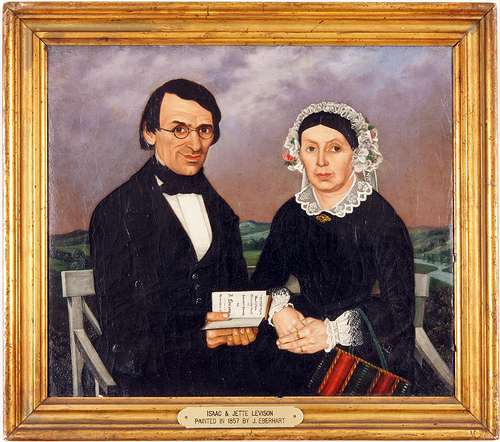 The People and the Book: Paintings and Rare Books from the Museum’s Collection

The study of sacred books is a biblical injunction to which Jews have always given the highest priority. An important religious duty in itself, it would also lead to the performance of all the other divinely revealed laws, according to early rabbis. While Jewish texts express great reverence for scholars and scholarship, they stress that study is an obligation incumbent upon every Jew. Worldly knowledge has been esteemed as well. Medieval rabbis, including Miamonides, had approved the study of science and philosophy together with scripture. With the spread of the Enlightenment in 18th and 19th century Western Europe, Jewish thinkers increasingly emphasized the spiritual and intellectual value of secular culture.

Works of art from the Magnes collection represent this Jewish ideal of study. In paintings and books dating from the 18th to the 20th century, it is the occupation of scholars and common folk, traditional and secular figures, solemn and humorous characters. All are people of the book.

The People and the Book is curated by Magnes Judaica curator Elayne Grossbard.