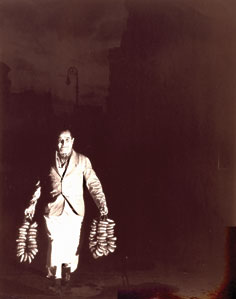 Many of the artists represented in My America introduced European avant-garde styles to America. Modernism was both a means by which to break away from specific cultural and religious backgrounds as well as a new mode by which to express their religious freedom. The social change happening across the globe played a major role in these artists’ lives. My America: Art from The Jewish Museum Collection, 1900-1955 explores many of these themes, and most importantly serves as the only Bay Area venue for this important exhibition.