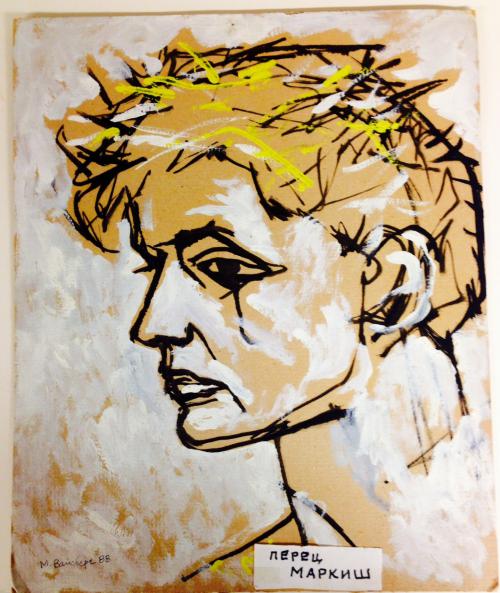 In 2014, The Magnes acquired twelve works by the New York Times-featured Ukrainian artist, Matvey Vaisberg, including the portraits of eight Russian Jewish authors.

These unusual works, painted on cardboard in the late 1980s, and based on archival photographic sources, reclaimed a suppressed cultural heritage on the eve of the fall of the Soviet Union.

The exhibition also includes biographical profiles of the authors, and poignant literary excerpts.