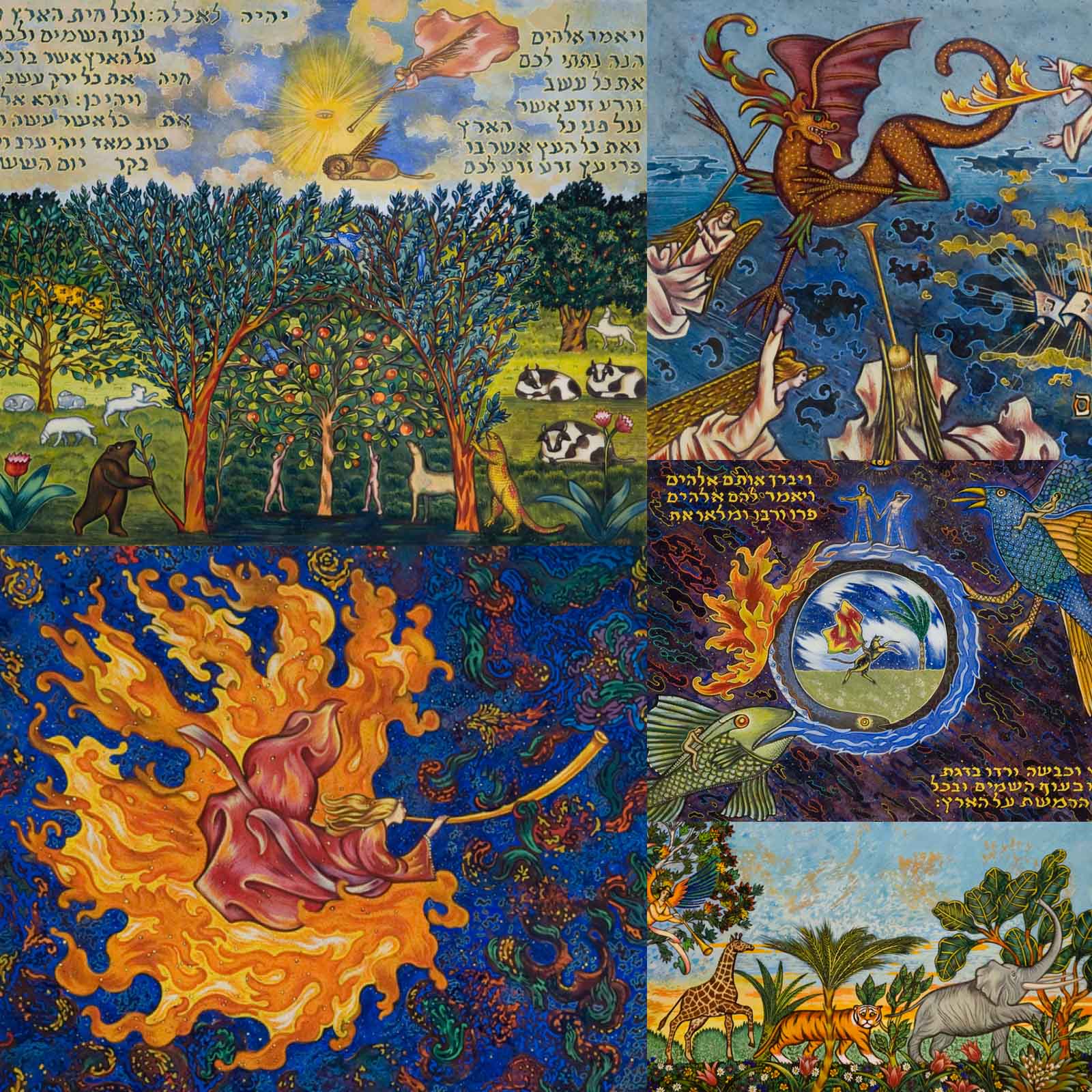 The work of Ori Sherman (Jerusalem, 1934–San Francisco, 1988), an artist and illustrator beloved in the San Francisco Bay Area, was often infused with Jewish themes. Towards the end of his life, over a two-year period, Sherman completed a cycle of 18 paintings, depicting the seven days of the creation of the world as emerging directly from the Hebrew words in the Book of Genesis. The original pieces, which were donated to The Magnes in 2006, were originally published with an adaptation of the Biblical text for children by Stephen Mitchell (1990), and are being displayed together for the very first time in this new exhibition. The installation also features an original Torah scroll, English translations of the text of Genesis by Robert Alter, and the poem “Twilight people” by Rabbi Reuben Zellman. 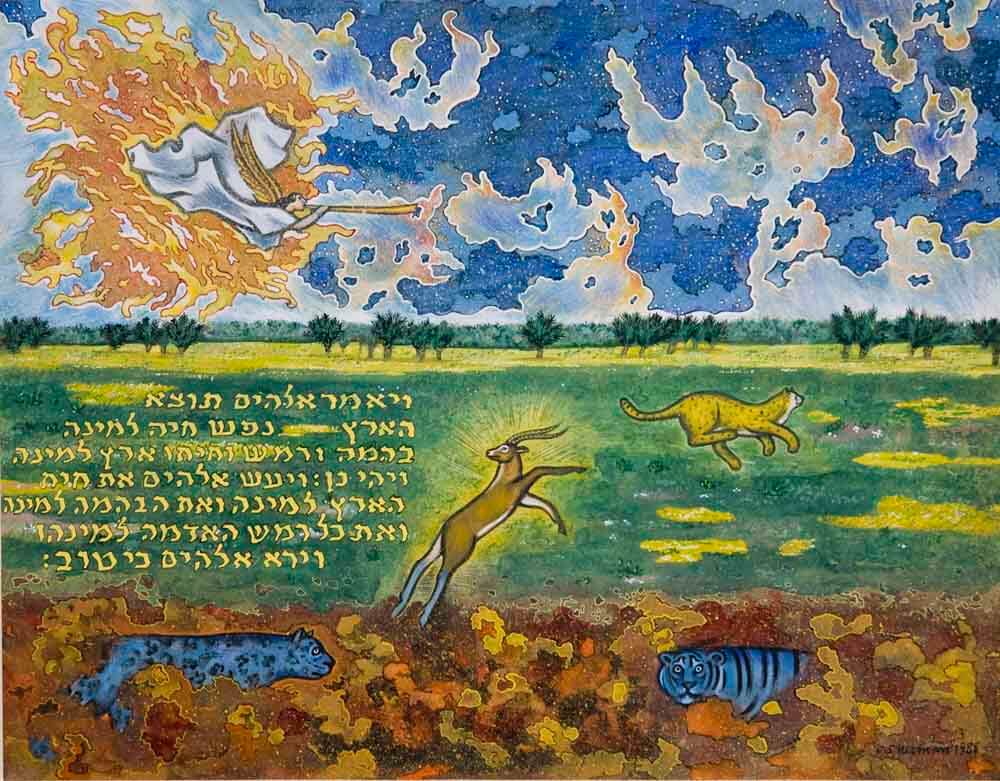 Sherman, whose first name, Ori, means “my light” in Hebrew, was born in Jerusalem to a religiously observant family that soon immigrated to the United States. He grew up in Brooklyn, in a Jewish Reconstructionist (Conservative) milieu, and took art classes at the Museum of Modern Art as a child. He attended New York’s High School of Music & Art, and graduated from the Rhode Island School of Design in 1955. Sherman briefly served in the US Army and, upon being discharged for being gay, moved to San Francisco in 1958, where he worked as a picture-frame finisher. He illustrated the story of Hanukkah and the four questions asked at the Passover Seder, and painted numerous ketubbot (Jewish marriage contracts), commissioned by an expanding circle of patrons. Jewish identity was a core element of his life and work. In his own words: “I realize how much my early upbringing created the climate which allowed me, later in life, to swim comfortably against the tide both in my artwork and in my personal life. I was taught to act on the advice of my own conscience. The [Rabbinic] dictum, ‘Where there are no men, be a man yourself’ [Mishnah, Avot, 2:5], appeals to me greatly and I try to honor it.”

“I realize how much my early upbringing created the climate which allowed me, later in life, to swim comfortably against the tide both in my artwork and in my personal life. I was taught to act on the advice of my own conscience.”– Ori Sherman

A highly imaginative series, The Creation is a prime example of “visual Torah,” or the interpretation of biblical texts and their multi-layered meanings through graphic art and material culture. Closely illustrating the words of Genesis, Sherman translated into images a text that was dear to him: he had read it at his Bar Mitzvah four decades earlier. Animals, plants, mystical symbols, amorphous elements, and a rainbow of colors, all find a place in the pictorial narrative, from the “welter and waste” preceding the twilight of the first day, to the Sabbath’s rest. 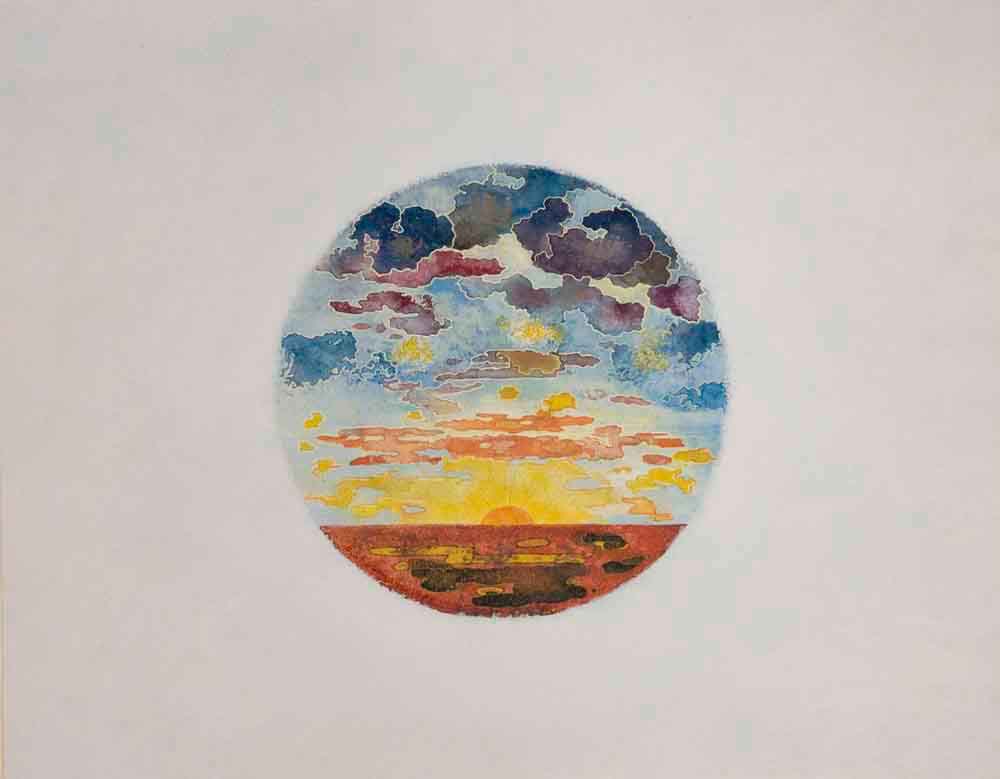 While completing this project, Sherman was diagnosed with HIV/AIDS. He died in 1988, at the height of a pandemic that is still ongoing after four decades. A sign of the artist’s own visual awareness of the impact of illness on our times might be detected in the painting devoted to the seventh day of the creation: a kaleidoscopic and chaotic cosmos complete with all kinds of organisms, including, possibly, a virus. Seen today, these works continue to paint a liminal space between nothingness and twilight, where art and creativity confront and come to terms with the stark realities of our world.

English translations of the Hebrew Bible from Robert Alter, The Five Books of Moses. A Translation with Commentary, W.W. Norton & Co., 1996. “Twilight People” was written by Rabbi Reuben Zellman.

Thank you to Professors Greg Niemeyer and Lawrence Cohen (UC Berkeley), Dr. Lisa Danzig (San Francisco), Rabbi Yoel Kahn (Berkeley), and Richard Schwarzenberger (San Francisco), for their help with this project, and to Charles M. Little (San Francisco) for donating to The Magnes the precious artwork he had acquired. 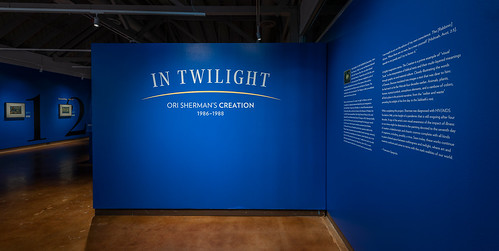 In Twilight 2022 Exhibition… by magnesmuseum 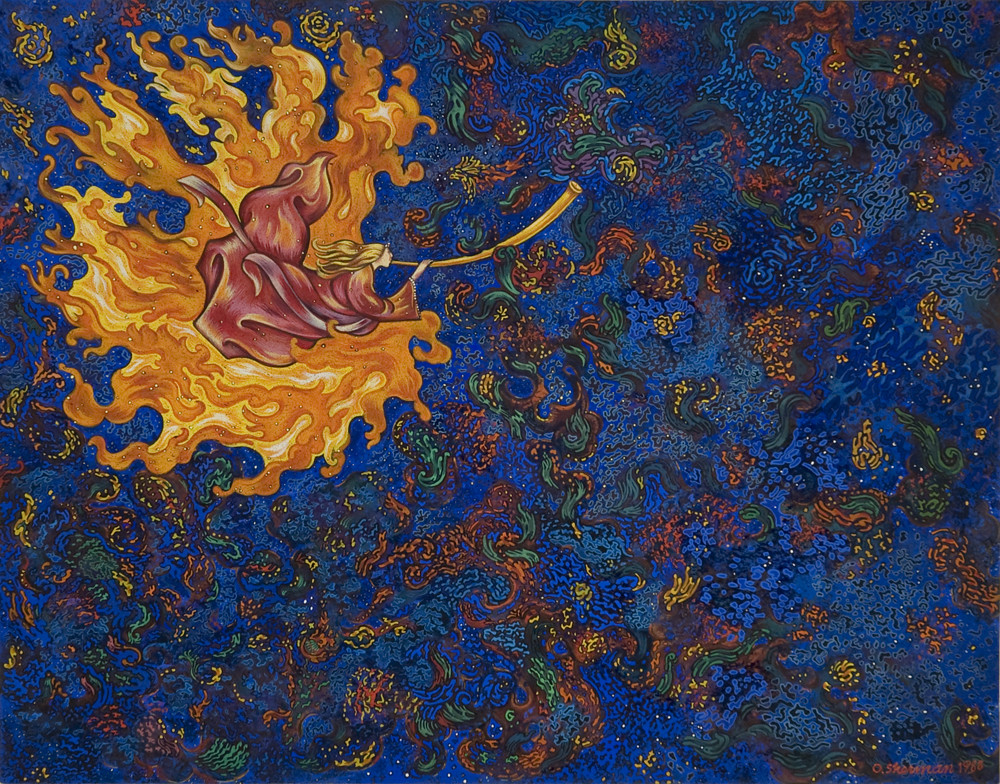 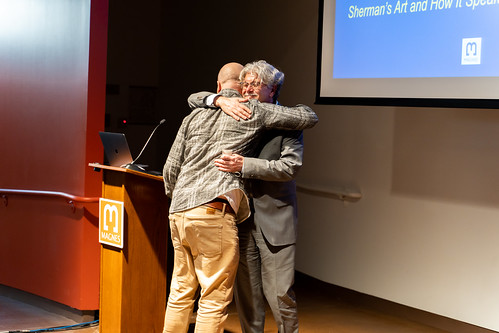 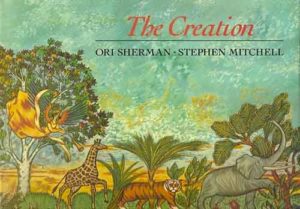 “The Creation” by Stephen Mitchell with paintings by Ori Sherman 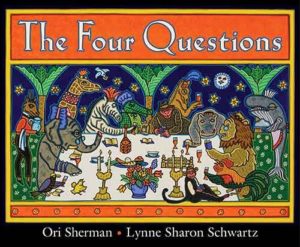 Major funding for The Magnes Collection comes from Karen and Franklin Dabby, the Walter & Elise Haas Fund, the Helzel Family Foundation, the Koret Foundation, Peachy and Mark (z”l) Levy, the Magnes Leadership Circle, the Magnes Museum Foundation, the Office of the Chancellor at the University of California, Berkeley, Barbro and Bernard Osher, and Taube Philanthropies.