A Festival of Faith: The Musical Legacy of Cantor Reuben Rinder

During his 50-year tenure as cantor of Congregation Emanu-El in San Francisco, California, Reuben Rinder commissioned works from world-renown composers, including Ernest Bloch, Darius Milhaud, Paul Ben-Haim and Marc Lavry, and helped to launch the career of violinists Yehudi Menuhin and Isaac Stern.

A beloved pastoral figure within his congregation, Rinder was involved in interfaith dialogue, art patronage, and in the support of Jewish and Israeli music for most of his life.

Reuben Rinder’s papers, kept in the Western Jewish History archive of the Judah L. Magnes Museum in Berkeley, California, were donated by his wife, Rose Perlmutter, in 1970. The papers are preserved as the Reuben Rinder Collection (WJHC 1970.005).

This Jewish Digital Narratives project was curated by Francesco Spagnolo, with the assistance of Aaron T. Kornblum and Lisa Shapiro, and presented in conjunction with REVISIONS “Shahrokh Yadegari: Through Music,” guest Curated by Lawrence Rinder (September 10, 2007 – July 6, 2008). 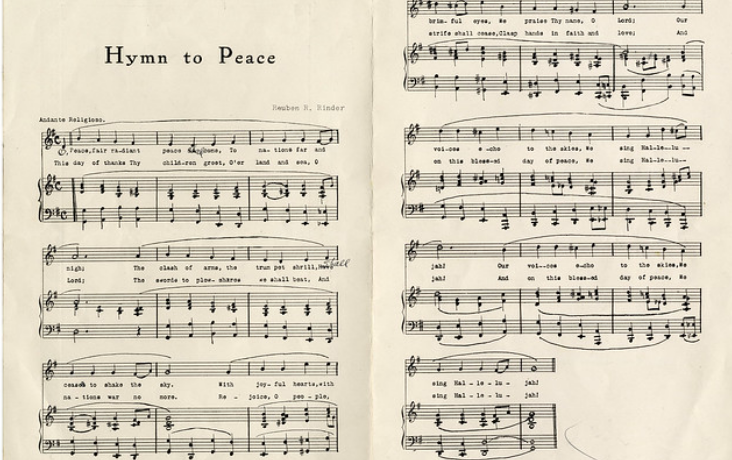