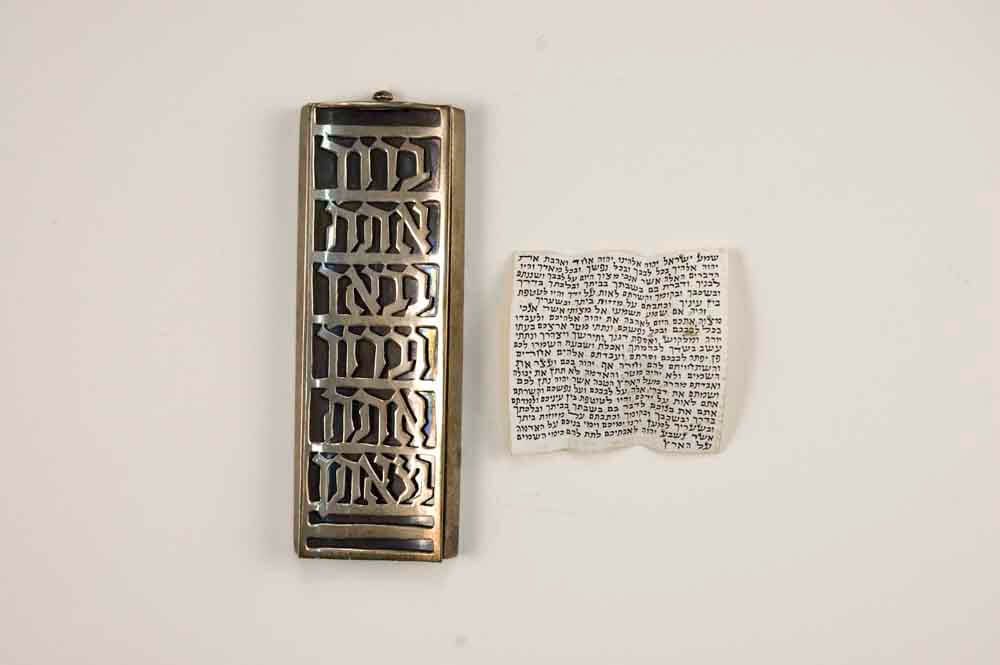 The Magnes Collection of Jewish Art and Life, University of California, Berkeley, Gift of Molly Grossman. 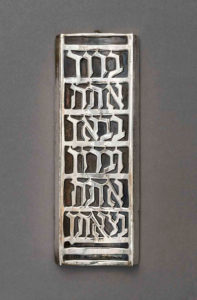 As attested in an autograph letter (dated June 4, 1974), Leah Rabin (1928-2000) donated this Mezuzah case (made after L. Wolpert’s original design) to Alice Grossman (1909-2007) in 1974 — the year that Yitzhak Rabin (1922-1995), who had served as Israel’s Ambassador to the United States from 1968 to 1973, succeeded Golda Meir as Prime Minister of the State of Israel. Grossman had served in the Women’s Army Corps during World War II, and had subsequently worked at the Israeli Embassy in Washington, D.C. (1950-1979), later moving to San Francisco, where she was an active member of the San Francisco Chapter of Hadassah and of Congregation Ner Tamid. After her passing, her sister, Molly Grossman, donated the Mezuzah to The Magnes Collection of Jewish Art and Life.