The Haggadah (Heb. הגדה, "narrative;" pl. haggadot) is a Jewish text performed at the Passover Seder, a ritual feast that marks the beginning of the Festival of Passover (Heb. פסח). The Seder (Heb. סדר, "order") is one of the core events of Jewish life. In modern times, it is celebrated by families within the Jewish home, or by communities and congregations, inside synagogues, community centers, university campuses, as well as hotels and even cruise ships. The text of the Haggadah combines a narrative of the Exodus from Egypt with blessings, rituals, songs, and Talmudic commentaries.

Textually, the Haggadah is an "open narrative": its contents can be incremented, and new generations and Jewish groups have been adding to it, pursuing both tradition and experimentation. Visually, the Haggadah often presents itself as an illustrated book, and the illustrations reflect a wide variety of aesthetic approaches, representational needs, cultural and political agendas.

The haggadot in the Magnes collection of Jewish life include some rare illustrated printed and manuscript examples, beginning with the 18th century, other later volumes in various languages (Yiddish, Ladino, Arabic, Greek, etc.), and several ones created by a variety of Jewish renewal groups, especially in Berkeley and the San Francisco Bay Area, since the 1960's. An additional strength of this aspect of the Magnes collection is in a wide array of mass-produced haggadot from Europe, Israel and North America, which highlight the plethora of issues relating to Jewish identity and self-identification in modern times. Additionally, the Magnes collection of Jewish art includes fine examples of artist books inspired by or aspiring to be used as haggadot.

The Haggadah collection is currently in the process of being cataloged. In the meantime, the covers and title pages of hundreds of the volumes it comprises can be viewed – and experienced especially in terms of their visual dimension – in the Magnes photostream on Flickr.com. 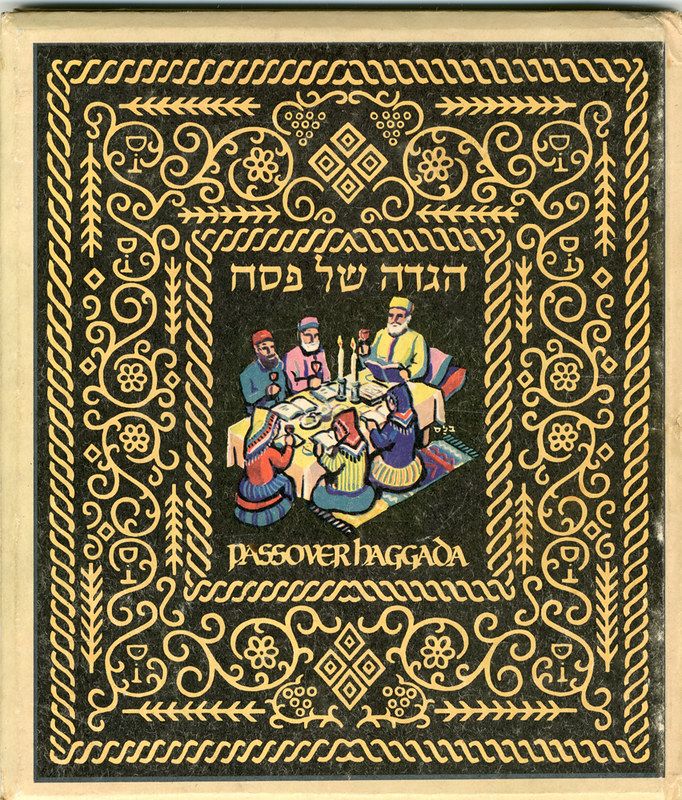 Click on the image above to view an album featuring hagaddot from The Magnes on Flickr.com

Access to these resources is provided according to the same principles that inspire other Digital Programs of the Magnes, including From the Dusty Archives.... Many of the volumes represented in this Flickr set have been minimally processed. When possible, each image in the set has been dated and geolocated, and titles and descriptions were created and uploaded with the software, Memoryminer.

Visit the Magnes Collections Online to search the database, and connect the Haggadah Collection with other Magnes holdings.