In 2015, The Magnes Collection of Jewish Art and Life at UC Berkeley welcomed the gift of the Peachy and Mark Levy Family Judaica Collection, which represents the largest donation of objects to The Magnes since its founding in 1962, and the largest addition to its Judaica holdings since the purchase of the Siegfried S. Strauss collection in 1967.

The Levy collection began in 1959, when Peachy and her husband Mark Levy (1926-2014) first traveled to Israel and acquired a Hanukkah lamp from Central Europe. From then on, the couple collected Jewish ritual objects from across the world, turning their home in Santa Monica into a “living museum.” The collection also animated an exhibition at the Skirball Cultural Center in 2009. After more than five decades, the Levys identified a permanent home at The Magnes for over 300 of the objects they had collected. 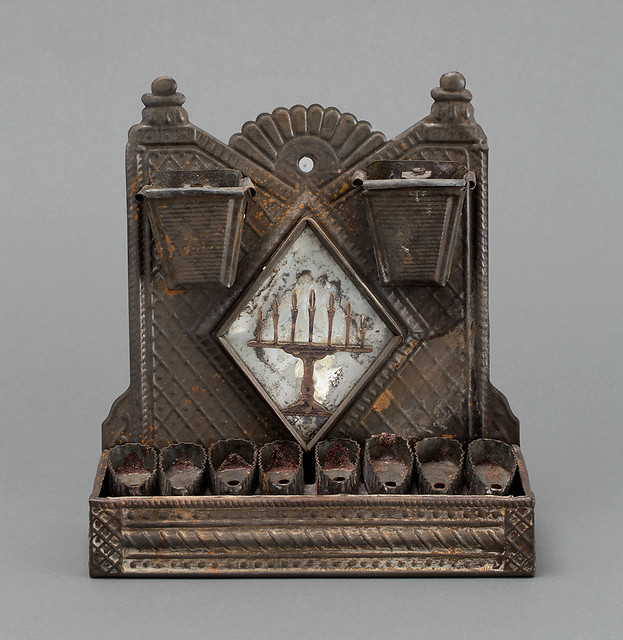 click on the image above to view collection images on Flickr.com

The gift includes ritual objects for the synagogue and the Jewish home from across Europe, North Africa, Mandatory Palestine and Israel, as well as the United States, dating from the 17th through the 20th century. In the words of the late Mark Levy: “These objects are silent witnesses to times of joy and sorrow, victory and defeat. They are historic documents. They are the prisms through which we view Jewish life. These objects are all monuments—things that remind, markers that by their survival commemorate an action, a period in time, an event,. a way of life, a people—all of us.”

The objects in the Levy Collection have been carefully catalogued and preserved by The Magnes, and will animate the teaching, research, and exhibition programs that characterize its cultural offerings.